Summary: These figures were not as good as I had hoped. The lowest first-half sales for seven years created a not-insignificant operating loss and left cash flow dependent on tax refunds. Still, the geoscience software specialist talked of a stronger second half and I remain hopeful the accounts will eventually showcase the high margins and expanding revenue the directors continue to predict. For the time being, I just have to trust a stronger oil price can one day tempt GTC’s customers to increase their spending. I continue to hold. 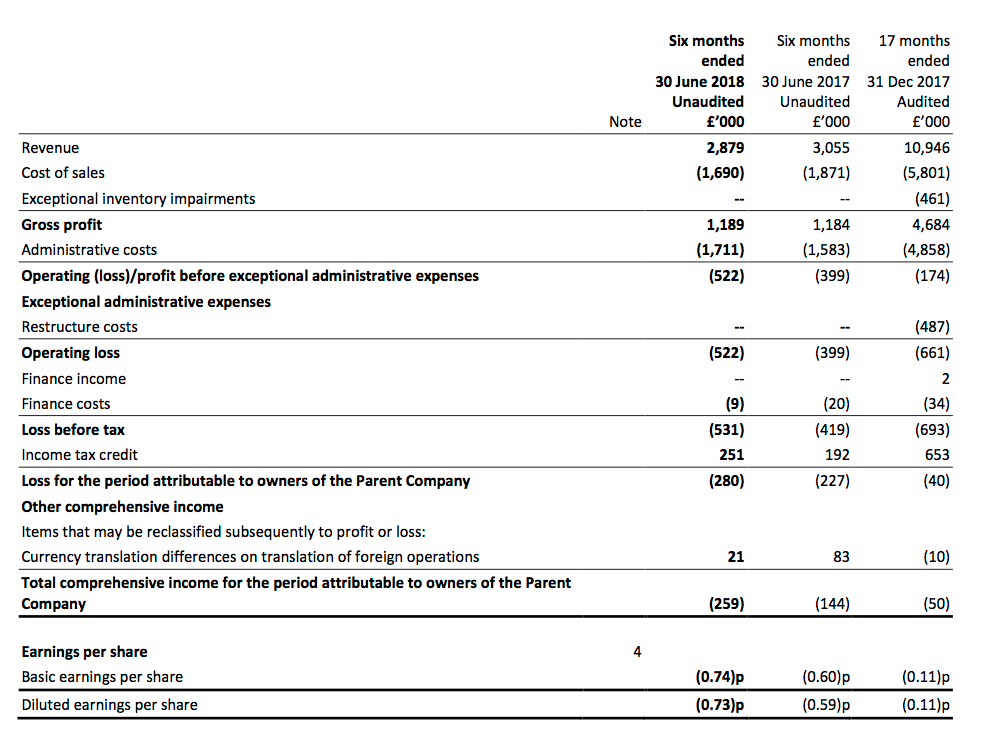 * I was not expecting a £522k operating loss

Last week I quickly described these results as “adequate in the circumstances”. But after studying the figures in more detail, I have to admit I am a tad disappointed.

You see, GTC’s previous 17-month results had suggested (at least to me) that annual profit could be running at £200k-plus.

However, this first-half statement owned up to a £522k operating loss.

True, GTC said revenue from its geoscience software was “typically weighted to the second half” and a $0.9m high-margin data sale had just missed the 30 June cut-off.

But I had interpreted a trading update during August to be signalling a break-even performance given the cash position had dropped by only a fraction.

What August’s update did not disclose — and what I had not considered — was GTC’s cash pile being shored up by tax refunds (and credits) of some £608k:

Some other points to consider:

So a difference of one month to the reporting period can move the top-line — and the year-on-year comparison — significantly.

4) Sales booked for periods beyond this H1 came in at £1.4m versus zero for this time last year.

GTC claimed “a significant increase in the number of customers purchasing multi-year subscriptions to our information products and software”, which I trust bodes well for the second half.

Despite those tax refunds (and credits), cash in the bank reduced by £523k after £426k was injected into working capital and £145k was used to pay off some debt.

Net cash finished the half year at £1,389k, which will not last long if this H1 operating loss is continually repeated. 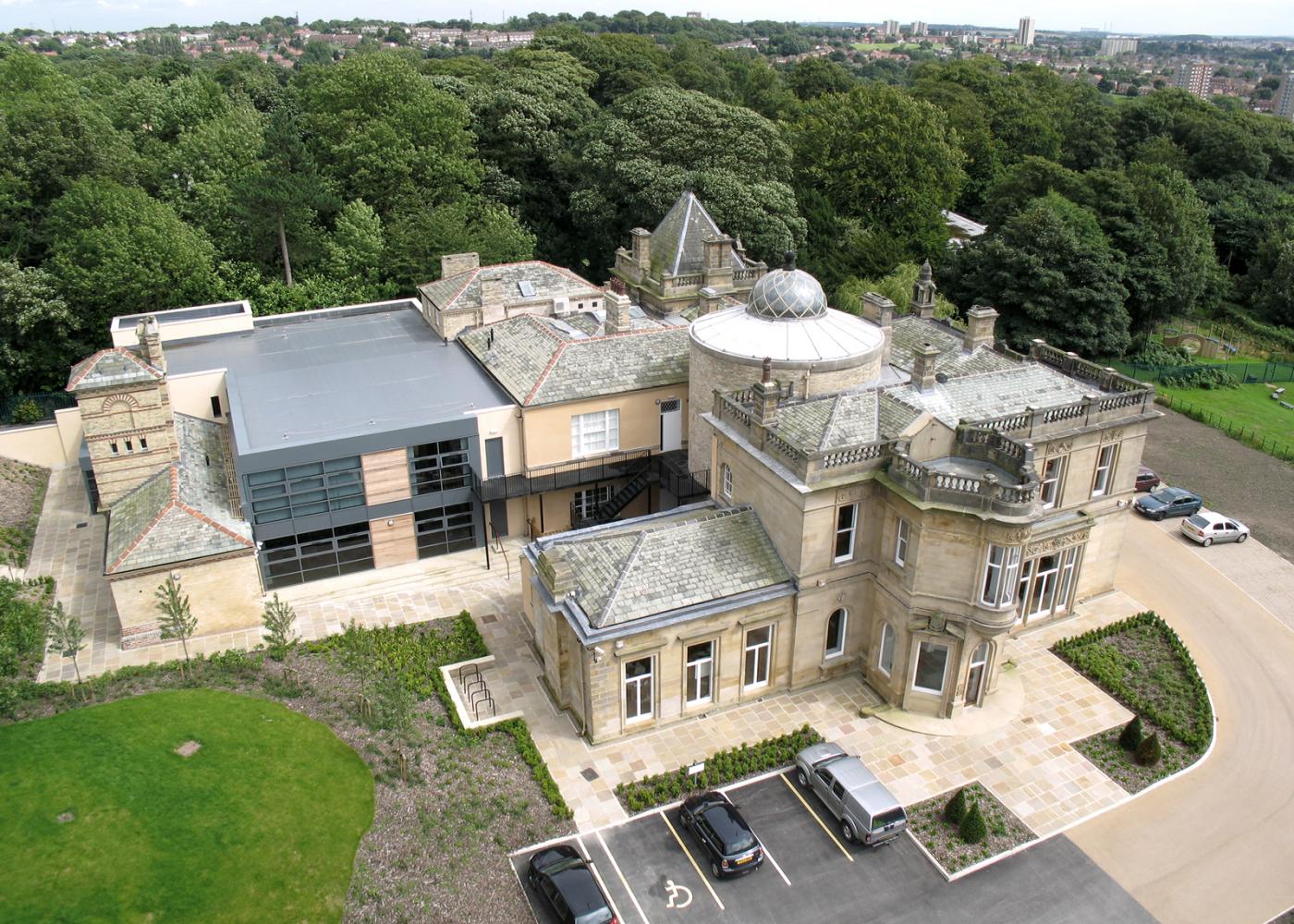 A “number of parties” have seemingly expressed an interest and I hope the building — which includes a “grand neo-Jacobean style carved wooden staircase and the superb glazed ‘peacock cupola’ dome” — is soon sold.

Selling the Leeds office and closing a Henley site will incur exceptional H2 costs of £200k. At least GTC reckons its costs for 2018 — including this £200k — will not exceed those for 2017.

Back in March I had hoped the business could earn a ‘clean’ £200k-to-£300k operating profit for 2018. I even had “my fingers crossed for some upside should extra revenue actually arrive”.

I have to admit, I will now accept a break-even performance for the current year — which makes GTC’s present valuation hard to judge.

Right now, the £14m market cap is supported by the aforementioned net cash and property (£1.4m plus £2.4m) alongside the expectation of earnings reviving in time.

Normally I would not waste my time remaining with a business that is struggling to report a profit. However, I can make an exception for GTC because the firm does possess some appealing products.

Indeed, management claims GTC is by some distance a ‘market leader’, while a good proportion of sales are typically high margin and recurring in nature.

True, most of GTC’s software products help companies explore for oil and gas — an activity that has slowed considerably during the last few years. Nonetheless, parts of the group still appear to be performing reasonably well (my bold):

“Demand for Gravity & Magnetic data has continued despite oil price uncertainty but the broader budget constraints of our customers have lengthened the sales cycle.”

“With our Gravity & Magnetics Service line also delivering good staff utilisation and strong profitability in the period, we believe that this underlines our market-leading position in these data products.”

For what it is worth, GTC reckons its customers may be willing to spend more next year:

“The upstream investment environment for our products and service therefore remains volatile but we expect 2019 budgets to set a clearer and more positive path.”

“We enter H2 with a robust sales pipeline”

A significant sale of a Sierra Leone exploration dataset lingers in the background, too.

For now, all I believe shareholders can do is hope the oil price continues to rise… 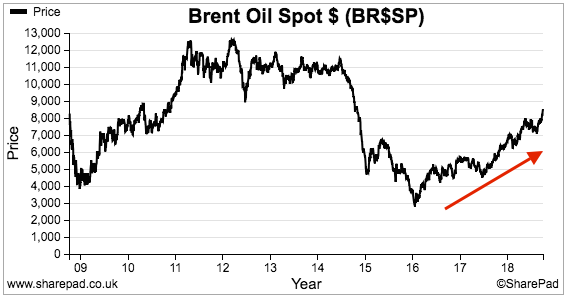 6 thoughts on “Getech: H1 Revenue Hits A 7-Year Low And For Now My Hopes Rest On A Stronger Oil Price”