Summary: These results came in below the engineer’s earlier expectations — but the performance did not appear too bad in the circumstances. Although CGS’s smaller machining division continues to lose money, its problems now look to be contained. Meanwhile, the larger foundry operation seems to be progressing well following a decent second half. A hefty cash position and the illustrious dividend remain key attractions, but the P/E of 13 does not suggest an immediate bargain. I continue to hold. 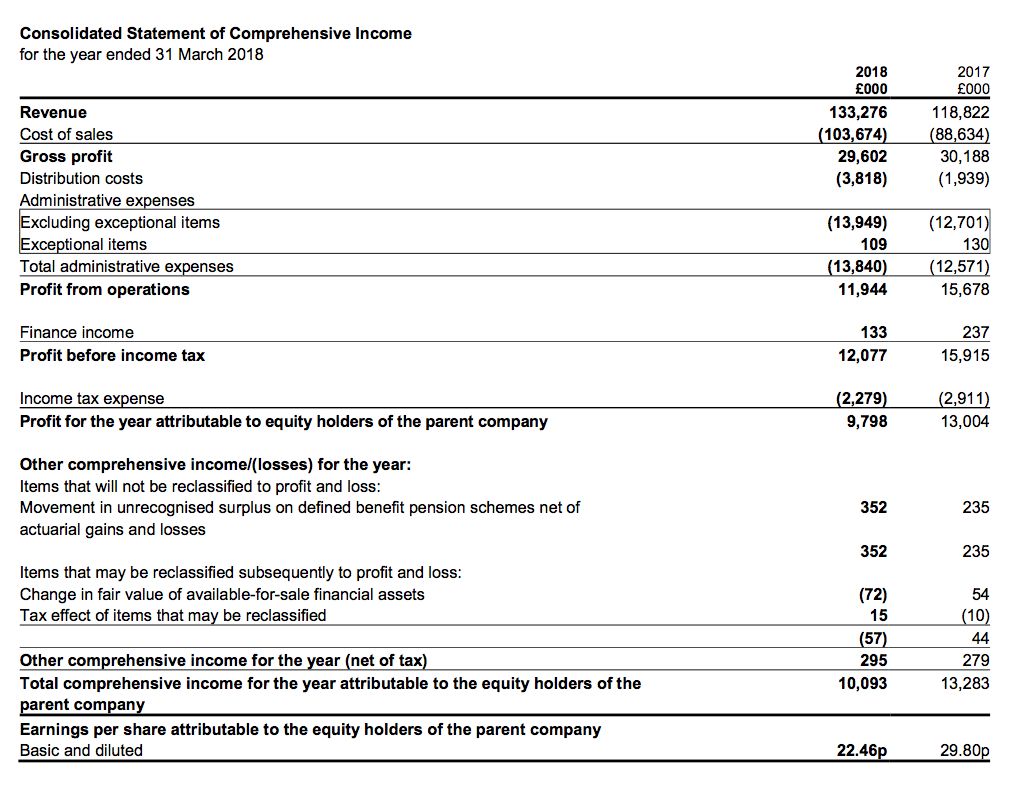 A trading statement during January had indicated these results would show an approximate £13m group profit after one-off costs of £3.4m.

In the event, profit came in at £12m — so, £1m short of the firm’s earlier guidance. At least the one-off costs were actually a fraction lower at £3.3m.

Nonetheless, CGS’s 2018 figures were not too bad. Total revenue climbed 12% while group profit — before the one-off restructuring costs — dropped 3%.

The performance was underpinned entirely by group’s main foundry division, which reported revenue up 14% and profit up 11%. Greater sales of “more complex, machined parts” alongside higher metal prices and favourable currency rates supported the progress.

(I note that CGS did not window-dress its 2018 accounts by separating the £3.3m one-off charge within the income statement.)

The dividend was lifted 4% to a new high, and the payout record of the last 25 years now shows 23 increases, two holds and no cuts.

The foundry operation actually racked up its best H2 profit since 2012, while the troubled machining subsidiary recorded its lowest H2 sales since 2010:

A particular highlight within the foundry division was a further improvement to the revenue and profit earned per tonne of castings produced:

Both revenue and profit per tonne now stand at record levels. Once again management referred to “robotic handling” for the “rise in productivity”.

November’s interim statement had already warned of trouble within the smaller machining division.

However, the latest management narrative did suggest the problems had been contained. New subsidiary directors have been appointed, cost overruns have been curtailed and a trading improvement is expected during the forthcoming second half.

I must confess that CGS does not score top marks for some financial ratios:

When I bought my CGS shares nearly three years ago, I referred to typical margins of 15% and typical cash-adjusted returns on equity of 17%. So the business has not performed as well of late.

My rough sums for the steady foundry division show a 13% operating margin and a return on equity of between 12% and 16% (depending on how much cash resides in the subsidiary). Again, the numbers are not too spectacular in comparison to other shares in my portfolio.

At least CGS’s accounts continue to exhibit plenty of cash — the year-end cash position was £24.1m or 55p per share, with debt at zero.

Meanwhile, CGS’s defined-benefit pension scheme remains in surplus — up £5.8m to £22.6m — and, perhaps uniquely for a quoted company, continues to refund surplus cash back to the group.

CGS explained why it was still contributing to the scheme when the scheme was repaying funds (my bold):

“Repayments of £3.1 million (2017 – £3.8 million) were received from the final salary pension schemes during the year and advances were made to the schemes of £3.3 million (2017 – £2.0 million). The higher level of advances reflects the payments in respect of new pensioners and deferred members transferring out of the schemes.”

I guess that just emphasises the general ‘black-hole’ characteristics of defined-benefit pension schemes.  Even when they show a healthy surplus and the trustees have agreed to hand some money back… the scheme still requires significant advances.

CGS’s outlook remarks did not seem too concerning:

“It appears at the present time our order book is sound and schedules are increasing. In particular demand for commercial vehicles is currently strong and it is hoped this trend will continue.”,

I would therefore like to think 2019 earnings may at least be quite similar to those of 2018.

Then subtracting the aforementioned 55p per share net cash position from the 420p share price, my estimate of CGS’s enterprise value (EV) comes to 365p per share or £159m.

Dividing that 365p per share EV by my 28.1p per share earnings guess gives a multiple of 13. That rating does not look an obvious bargain given earnings growth has stalled during the last few years and the machining division has yet to indicate any recovery.