Summary: The London estate-agency group was never going to issue stunning figures. Nonetheless, a credible performance was reported and I am impressed the business continues to fare well against sector rival Foxtons. Note, too, that WINK’s average percentage commissions actually increased — so perhaps online competition is not that big a threat after all. Meanwhile, the books remain cash rich, the outlook does not seem too bad while the 10x multiple and 6% yield appear modest. I continue to hold. 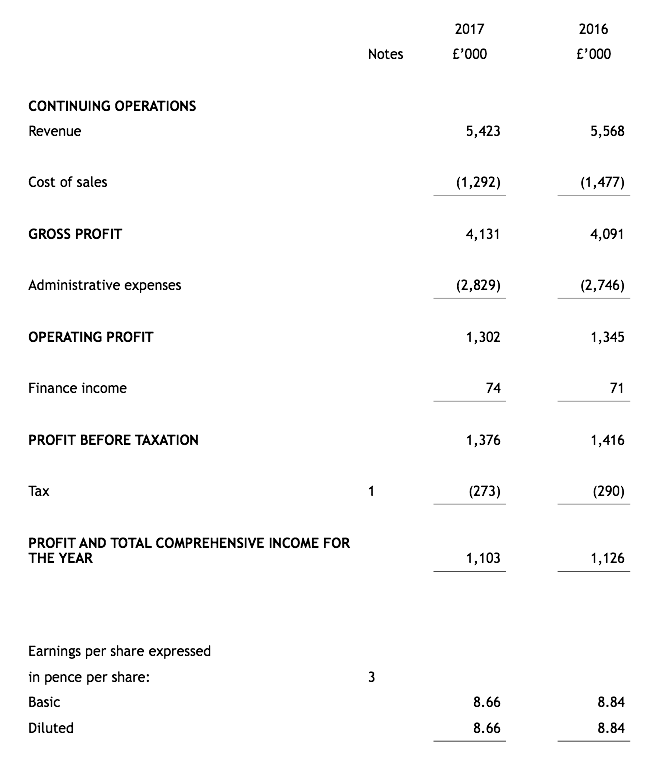 January’s trading update had already ensured these 2017 results would hold no surprises. 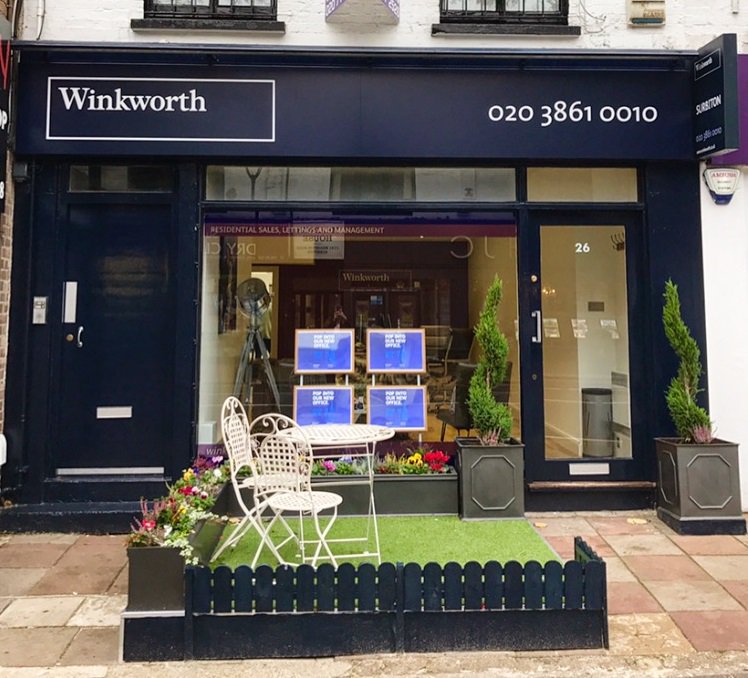 The firm’s subdued first half was never going to make 2017 a vintage year, and this annual statement reiterated the “political developments” and stamp-duty changes behind the “testing” London housing market — from which WINK derives 80% of its business.

The end result was the lowest level of revenue since 2013 and the lowest operating profit since 2011:

At least the dividend inched higher to reach a new peak.

“We are also particularly pleased to note that the average price of a property sold by Winkworth’s London offices rose from £692,000 to £718,000, an increase of 4% despite property prices declining across the city over the course of the year.”

“In addition, we recorded a rise in average percentage commissions, reflecting the value that customers put on trusted advisers in an uncertain market. We see this as endorsement of the strengthening Winkworth proposition.”

So sale prices held up, even as transaction volumes declined.

I had always assumed a standstill London property market — and the (apparent) growing popularity of cheap online agents such as Purplebricks (PURP) — would harm commission rates. It would seem not — or at least not yet.

I always like to compare WINK’s achievements to those of rival London agent Foxtons (FOXT).

I am pleased to say my favoured agent is performing much better than the owners of those green minis. Here are some statistics:

Back in 2013, WINK’s franchisees earned 34% of FOXT’s annual sales and lettings revenue. Last year they earned 42%, and even reached 45% during the second half.

(While this comparison may not be strictly like-for-like — WINK generates 80% of its revenue from its London-based franchisees, while FOXT’s income is almost entirely derived within the capital — I think the overall trend is quite telling.)

WINK claimed its franchise structure was more effective than a conventional agency chain during tougher markets:

“The strength of the Winkworth franchise model, however, has demonstrated the benefit of having individually owned businesses, which are more resilient to market change.”

WINK’s first-half/second-half split showed H2 profit advancing 21% — although the £795k achieved was lower than that recorded between 2012 and 2015:

I should add that WINK’s H1 2016 was inflated by a buy-to-let “mini boom” ahead of greater stamp duty on second properties.

WINK has a long-stated target of earning 50% of its income from lettings, which ought to be a more stable source of revenue over time than collecting commissions from property transactions.

* WINK continues to enjoy a 12% cut of franchisee revenue

WINK confirmed its estate-agency franchisees generated gross revenue of £46.2m during 2017 — broadly equal to that witnessed during 2016.

WINK’s own revenue of £5.4m represented close to 12% of that £46m — just about sustaining the proportion of the last two years:

The near-12% cut is represented by an 8% slice of franchisee sales and lettings income, with the balance consisting of revenue from various franchisee support services alongside franchise establishment/re-selling fees.

I am quite happy with WINK’s cash flow:

Certainly the group’s capital expenditure continues to be adequately reflected within the earnings calculation by the combined depreciation and amortisation charge.

Meanwhile, there was a useful cash inflow from working capital.

WINK’s working-capital movements include sums lent to franchisees to help fund their businesses. In the past, these movements have generally shown WINK advancing — rather than collecting — the money.

However, this time some loans seem to have been repaid — entries on the balance sheet suggest £400k was collected. The forthcoming 2017 annual report should reveal the actual amount, and how much the franchisees still owe. For now I estimate outstanding loans to be approximately £800k, equivalent to 6p per share.

The franchisee repayments helped free cash reach a very useful £1.5m, of which £917k was paid as dividends and £608k was added to the cash pile. The bank balance finished the year at £3,579k, equivalent to 28p per share. The books remain free of debts and pension obligations.

I should add that, despite WINK’s revenue and profit remaining stuck at 2016 levels, the franchising structure continues to earn a very acceptable margin and return on equity:

(*adjusted for net cash and investments)

* I remain unconvinced by online agents and Purplebricks in particular

“We are pleased that our updated website, launched in March 2017, has delivered more leads to our franchisees despite a weak second half of the year in terms of overall applicants.

It has provided a robust platform for our digital evolution, enabling the launch of our vendor portal in November to which 40 offices have already signed up. We are pleased that it was recognised as website of the year at the Negotiator awards in November 2017…

We are currently two months into our digital campaign and this is on track to deliver an additional 200,000 visits per month to our website and, in turn, to our franchisees.”

However, there is no plan to become an online-only service.

Mr Agace told me at an AGM that the firm would remain a full-service agency, and his narrative accompanying these results underlined that commitment.

As before, my best guess of the future is that traditional agents may see their fees squeezed a little by online alternatives, but won’t endure complete destruction.

I still maintain the overriding challenge for online agents is being able to grow their businesses without needing as many staff as traditional agents.

You see, an estate-agent employee can manage only so many property transactions to completion, and the lower fees charged by an online agency could mean its staff handling many more customers to earn a decent wage.

Ultimately a house seller wants his/her home sold and to get the money in the bank — simply paying upfront for a Rightmove listing may not always get that same result.

Well, at least that’s my view.

Anyway, I see PURP’s latest trading statement has owned up to a UK sales wobble. I would have thought any pioneering online ‘disruptor’ could easily navigate “underlying macro issues”, “poor weather” and a so-called “training initiative”.

Mr Agace’s outlook did not read too badly. Here are a few snippets:

“The underlying fundamentals of the market remain positive.

Sellers [in London] are accepting these reductions and this, in turn, is in some areas leading to improved levels of transactions despite applicant numbers remaining at low levels.

“On the lettings side of the business, our applicants are tracking at some 12% ahead of the same period of last year, which should support further growth in 2018.

New franchising applicant numbers are more than 25% above this point in 2017, and with two offices already opened in Banstead and Poringland we look forward to maintaining the momentum gained in 2017 by targeting to open eight new offices in 2018 in areas affiliated to our extensive London network…

We believe that a broadly flat market will continue to suit our franchise model.

We remain debt free, with a strong cash position and an increasing number of opportunities to grow in 2018.”

That rating does appear good value to me. Mind you, this share has traded on that multiple for some years now… and not even the 7.25p per share dividend and current 6% income have tempted extra buyers.

I guess gains from this shareholding may only materialise once the London property market perks up and earnings start to climb towards their previous peak.