Summary: The specialist lighting manufacturer delivered its fifth consecutive year of record results, although describing an underlying 2% profit advance as “excellent” overplayed the performance somewhat. Still, the figures were a touch better than I had expected and showcased all the usual financial attractions — decent margins, vast surplus cash and robust reinvestment returns. Sales of some new high-tech products apparently “rocketed”, too. That said, TFW suffered mixed divisional performances while the share-price rating remains rich. I continue to hold. 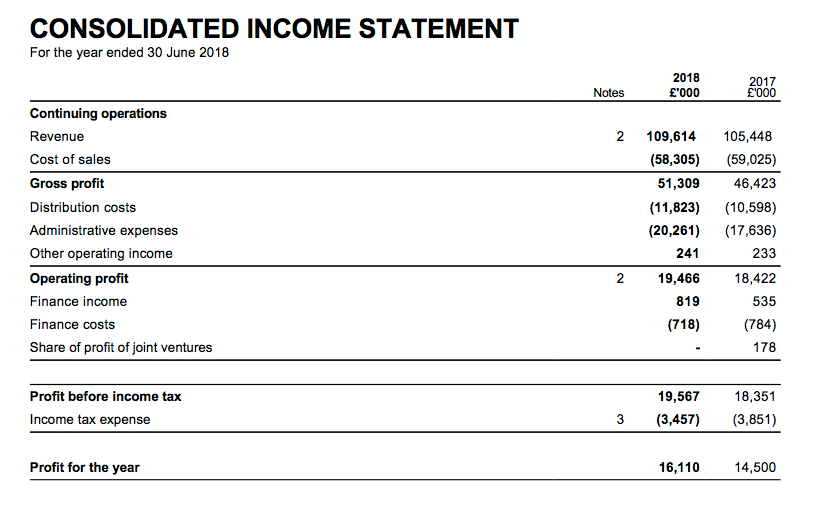 TFW’s first-half statement had already revealed a 1% profit advance and hinted the full-year outcome may not be that great (“It remains a challenge to maintain last year’s result.”).

So these annual figures were never going to show impressive progress, although the numbers turned out a little better than I had expected.

In the event, TFW managed to eke out its fifth consecutive set of record results — a performance the firm described as “excellent”.

Revenue, profit and the dividend — raised for the 16th consecutive year — all now stand at new highs:

Bolstered by the purchase of Dutch firm Famostar, revenue gained 4% and operating profit climbed 6%. Excluding the acquisition, the underlying revenue and profit advances were limited to less than 2%. 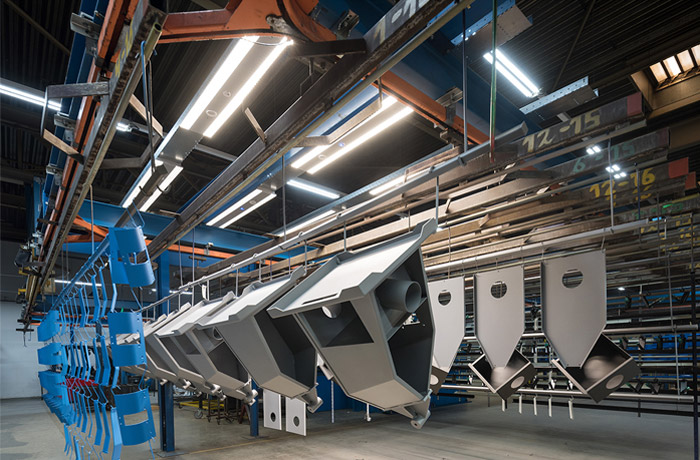 March’s half-year statement referred to certain products facing “pressure on selling prices”, but there was no similar reference within this update. Instead, the subdued performance was blamed largely on political factors:

“There is a general malaise in the UK market caused by a reduction in business confidence to invest in the construction sector and elsewhere as the country awaits Brexit and the return of political stability.”

Almost two-thirds of 2018 revenue was earned within the UK.

However, TFW did add:

“Over the last few years, we have actively divested and re-organised those parts of the Group that have not contributed for many years, either financially or technically, and which we felt had no long-term future within the Group.”

I get the impression the re-organisation of the group’s Compact Lighting subsidiary may have affected the overall top line.

Following years of minimal profits (and losses!), Compact was merged with TFW’s main Thorlux operation at the start of the 2018 financial year.

Compact’s turnover had run at £4m and — looking at the results small-print (see later) — I dare say the re-jig prompted some product lines to be culled.

However, the group’s largest divisions did not enjoy the best of second halves.

Here is the split for Thorlux, TFW’s largest subsidiary:

Second-half revenue fell 4% while profit fell 7%. Not great, although to be fair, Thorlux did enjoy a sensational 2017 and I did wonder six months ago whether the division’s H2 could repeat the H2 of the preceding year.

Bear in mind, too, that Thorlux’s 2018 numbers include the aforementioned Compact Lighting subsidiary — while the 2017 numbers do not.

Given Thorlux’s annual revenue stayed around the £65m mark, I am not exactly sure what has happened to Compact’s sales — which reached £4m during 2017 according to Companies House.

As I mentioned earlier, I suspect (or hope!) Compact’s turnover has mostly disappeared because the associated products never returned a profit and have been culled.

“Latest developments, using the SmartScan platform, provide users with a building’s occupancy statistics by area and even provide data that analyses people movement, helping to improve a business’s efficiency, for example in a warehouse picking application to optimise product locations.

Our emergency lights now provide exact test records, even indicating the day and date when tests were completed and producing their own downloadable test certificates. Certain emergency lights are now capable of providing statistical data regarding their local environment, such as humidity, air temperature and CO2 concentration levels.”

“No wonder sales of these high-technology systems rocketed this year with new customers found and others switching to this new technology.”

No clear detail was provided about the Dutch subsidiary. Certainly the performance did not really reflect the following management comment:

Lightronics was purchased during 2015, and I note its operating margin has dropped from 15% that year to 14%, 12% and now to 10% for 2018. So what appeared initially to be a super acquisition has since moderated somewhat.

The H2 performance of TFW’s ‘Other’ companies was bolstered by the purchase of Famostar:

In comparison, I calculate Famostar generated sales and profit of £3.8m and £718k respectively during its first six months under TFW ownership.

As such, this new subsidiary appears set to report decent growth during the current year. Underlining the near-term potential, TFW said Famostar had joined the group in “top gear”.

Although total capital expenditure once again exceeded the deprecation and amortisation charged against earnings, past differences have generally been due to property purchases. Management confirmed that was again the case for 2018.

Furthermore, last year’s working-capital movement was minimal — as you would expect given the flat-ish profit performance.

One cash flow item I did not quite understand was ‘Proceeds from loans’:

You see, the latest balance sheet does not show any liabilities for loans:

The whereabouts of these ‘loans’  is something to revisit when the full annual report is published.

Free cash flow came in at £12.9m, of which £6.3m was spent buying Famostar and £5.7m was distributed as dividends. A variety of miscellaneous income sources helped year-end cash improve by £2m to almost £44m.

Including TFW’s mix of investment property, loan notes and equity holdings, I calculate total cash and investments came to £56m.

Less the £10m earmarked for earn-outs relating to the Lightronics and Famostar purchases, net cash and investments were £46m or 40p per share.

I remain encouraged by TFW’s operating margin and equity returns:

The 17% group margin hides the fact the main Thorlux division converts a decent 21% of revenue into profit.

Meanwhile, my return on average equity ratio — which ignores the group’s cash and investment hoard and adds back the Lightronics/Famostar earn-outs — remains very respectable.

Indeed, during the last five years, TFW has lifted its earnings by 5.8p per share after retaining earnings of 31.6p per share. The incremental return on those retained earnings comes to an appealing 18% (5.8p/31.6p).

Dividing the 270p per share EV figure by my 13.8p earnings guess gives a trailing P/E of nearly 20.

Certainly the present valuation appears rich for a business that has just squeezed out an underlying 2% profit advance.

But the following management quote suggests the business may have just ‘paused for breath’ rather than completely ‘run out of steam’ (my bold):

“There seems no end to our ideas and innovation, and I am really looking forward to the launch of a completely new range of luminaires this autumn… We have applied for several patents to protect our ideas. It is an exciting, albeit challenging, time to be running a group of lighting companies. If we can bring these new products to market quickly, I am confident it will give us a much needed boost to UK orders.”

Mind you, TFW did caution (my bold):

“Whilst we have strengthened the position of the Group by restructuring loss making operations, diversifying the business through acquisitions and investing in product innovation, this year’s excellent performance will be difficult to replicate as we contend with ongoing economic uncertainty, government instability and exchange rate volatility.”

The “difficult to replicate” phrase was also used last year, and I suppose another standstill performance should be expected for 2019.

For now, I can only cross my fingers that earnings can one day resume the bumper growth experienced between 2013 and 2017… before the share price starts to de-rate to a more modest P/E.

Still, I would not be unhappy if TFW’s near-term expansion rested upon further acquisitions.

The group has plenty of money on hand to find targets similar to Lightronics and Famostar, both of which offered reassuring, 70-year histories, reasonable price tags and specialist products (underlined by their revenue-per-employee ratios surpassing a sizeable €250k).

So far at least, TFW’s two Dutch deals have performed quite well.