Summary: These results were quite satisfactory and actually revealed record first-half revenue — despite the estate-agency group remaining dependent on London’s difficult property market. In fact, the confident management narrative said sales commission rates had increased and also described online rivals as “digital experiments”. Meanwhile, the accounts seem in decent shape, the outlook appears relatively encouraging and the valuation is hardly extended. I continue to hold. 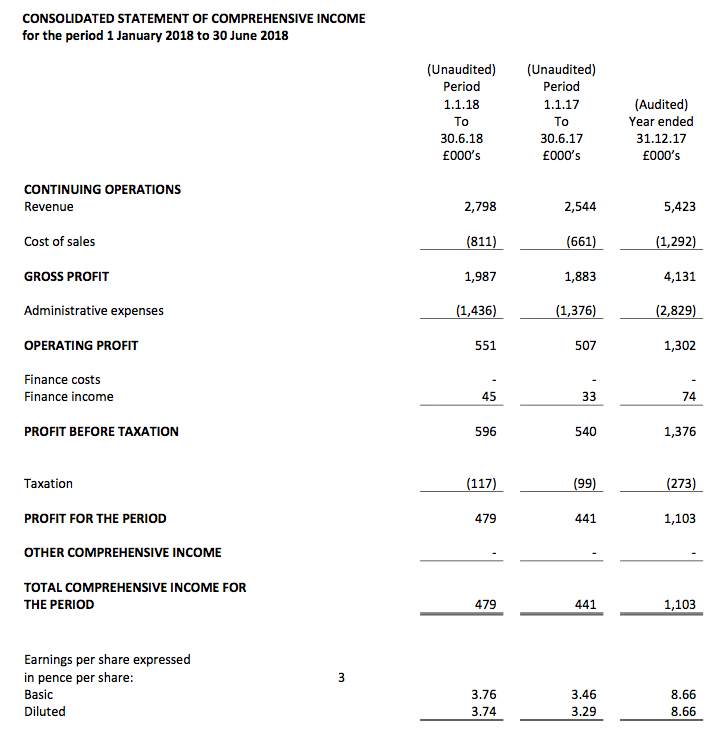 Once again I was not exactly sure what to expect from WINK’s interim results.

True, March’s annual statement had revealed a relatively chipper second half, while a 9p per share return of capital during the summer suggested some confidence about current trading.

Still, you never can tell with this estate-agency franchising outfit. Some 80% of revenue is dependent on London-based franchisees, and the persistent gloomy headlines about the capital’s housing market have been difficult to ignore. 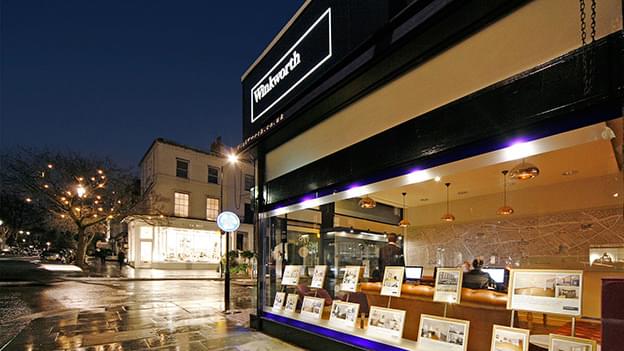 In the event, revenue and operating profit both advanced 10%. WINK said the effort was “driven by the central service initiatives and the continued strong performance of the lettings and management business”.

WINK’s revenue performance was achieved by taking a greater share of the total income from its franchisee office network.

The table below shows WINK’s take at a new high:

I am not sure whether this higher percentage is sustainable. Four new franchise offices were opened during the six months, and I wonder if the associated initial fees bumped up WINK’s cut.

Anyway, gross revenue from the franchised office network fell by £0.1m to £21.3m during the half. Extending the differing trends seen during the last few years, total franchisee income from sales commissions fell 8% (to £10.8m), and from lettings and property management climbed 6% (to £10.3m).

WINK claimed “the local knowledge and experience of our franchisees has enabled them to adapt quickly to testing times and, as a result, we are pleased to see our metrics outperform peers of a similar geography.”

For some time now I have been comparing WINK’s progress to that of London rival Foxtons (FOXT).

The comparison is not strictly like-for-like — WINK generates 80% of its revenue from its London-based franchisees, while FOXT’s income is almost entirely derived within the capital. However, I feel the overall trend is quite telling.

Here are my stats:

Back in 2014, WINK’s franchisees earned almost 37% of FOXT’s annual sales and lettings revenue. Last year they earned 42%, and for this first half they earned nearly 44%.

FOXT’s results covering the first six months of 2018 showed total revenue down 9%, a small operating loss and a cancelled dividend.

Note, too, that WINK revealed “sales commission rates increased” as “clients showed their willingness to pay for trusted expert advice to help them achieve their goals in uncertain markets”.

March’s annual results gave a similar assessment. I guess the pricing threat from online rivals — or as WINK now calls them, “digital experiments” — may not have occurred just yet.

* The launch of new franchises may have necessitated further handouts

In particular, the 20% operating margin remains very respectable while cash in the bank topped £3m prior to the aforementioned 9p per share/£1.1m return of capital.

Expenditure on capital items — at just £16k for this H1 — was remarkably low, too.

However, WINK’s cash generation from operations was poor:

The period’s entire cash flow was absorbed into trade and other receivables.

I am not sure I fully accept that explanation.

You see, the largest component of trade and other receivables are not “billings and collections” — but start-up loans owed to WINK by franchisees.

At the 2017 year end, such loans came to £981k — and I dare say the launch of new franchises during this first half necessitated further handouts.

WINK hardly ever mentions these start-up loans, but they do provide a useful financial income. This half enjoyed interest income of £45k — equivalent to 8% of operating profit — which I am sure came almost entirely from these loans.

I should add the balance sheet remains free of debt and pension complications.

“We expect the second half of the year to show an improvement on the first as further new franchises open and sales agreed in the Spring market complete. The rentals and management business is expected to benefit from the important lettings months of August and September. Based on our first half performance and recent trading, we expect full year results to be in line with management expectations.”

WINK added that it did not expect transaction volumes to fall further.

Adjusting the £3.2m cash balance for the £1.1m return of capital, and then adding on that £981k of franchisee loans, my guess of effective net cash comes to almost £3.0m — equivalent to 23p per share.

Subtracting that 23p from the 125p share price gives an enterprise value of 102p per share, which is 11.9 times my earnings guess. That multiple does not appear extravagant to me, although the shares have rarely traded on an extended rating in the past.

Still, I am hopeful WINK can enjoy a P/E re-rating should further steady progress emerge. Certainly WINK’s financial performance has diverged from that of FOXT, and perhaps investors may one day recognise some estate agents are not suffering as much as others within London’s difficult property market.

In the meantime, the 1.85p per share quarterly dividend continues to deliver a 7.4p per share full-year payout and a 5.9% yield.