Summary: REC has struggled to make any decisive progress for several years now. The firm’s currency-trading strategies have floundered, clients have regularly jumped ship, while those clients that have stayed have demanded lower fees. Now comes the alarming news that REC’s bog-standard currency-hedging service will cut its fees by 10% to keep clients happy. To add insult to injury, greater costs will be required to cater for this product “enhancement”. I have been frustrated with REC for quite some time, and have belatedly decided enough is enough. I have sold my entire holding.

However, the update also carried this alarming news (my bold):

“During the year to 31st March 2018, we have continued to innovate and enhance all our services to meet clients’ developing needs.  This is particularly true in Passive Hedging, where changes in FX market structure have allowed Record to enhance Passive Hedging programmes so as to minimise costs and to add value for clients.

We have been working with our clients to identify and recognise this added-value, and as a result some Passive Hedging clients have changed from a management fee only to a lower management fee with a performance-related fee. This change creates the opportunity for Record to earn performance fees which over time are expected to match or exceed the foregone management fees.

The continued innovation and enhancement of Passive Hedging services has also required a continuation of the investment in additional resources, as highlighted in the Group’s results to 30th September 2017.”

This development with Passive Hedging concerned me for a number of reasons:

As such, the 10% fee reduction will be significant.

2) Passive Hedging already operates with a fee-rate much lower than that charged by REC’s other divisions:

And yet the division’s clients have been able to squeeze their fee-rate lower.

With REC having experienced great difficulty attracting clients to its other, higher-margin, strategies, I am now very uncertain as to how the group can progress from here.

4) According to REC, the “continued innovation and enhancement of Passive Hedging” requires “investment in additional resources”.

i) “Innovation and enhancement” usually equates to developing a better product that clients could be willing to pay more for — not 10% less.

ii) I find it hard to understand how a business can happily increase its cost base* after agreeing to reduce client fees.

What seems to have actually happened is that the clients have demanded lower fees, and REC has had to adapt quickly — and incur greater costs — to prevent the loss of mandates.

(*REC’s rising cost base is nothing new. Indeed, despite previously reporting stagnant financial performances, the company still issued a 10% company-wide pay rise during 2015. I have since suspected this business has been run for the benefit of the staff rather than for ordinary shareholders. Just look at this picture:) 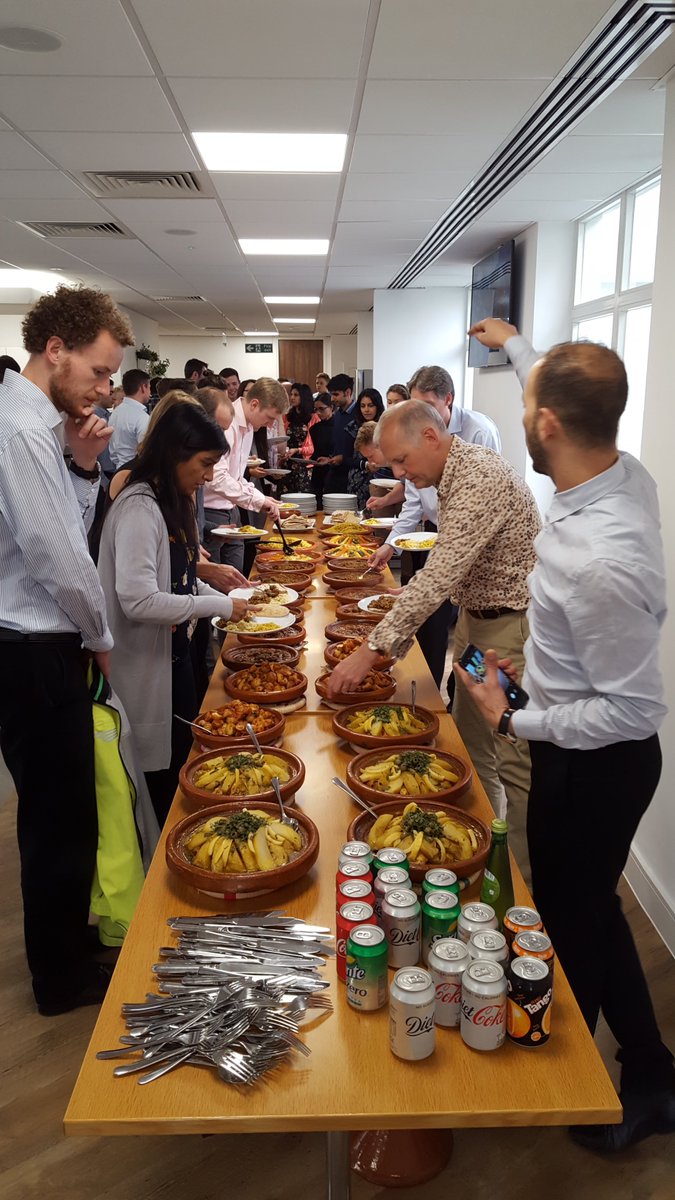 5) REC’s ability to earn performance fees from its other divisions has been laughable.

Since 2010, the group has collected aggregate performance fees of just £1m — compared to aggregate revenue of £188m.

As such, I just don’t believe the board when it claims:

Given reason 4) as well, I would say the entire wording of this Passive Hedging news seems like  utter management guff.

Using my own fee-rate sums from November, I now arrive at the following calculations after applying the latest AUMe numbers, a 10% Passive Hedging fee reduction and a £1:$1.43 exchange rate:

Overheads of £13m (which may now be increased) and the 30% employee profit share leave a possible operating profit of £5.3m:

After standard 19% tax, my new sums suggest earnings could be £4.3m or 2.17p per share. Back in November I was projecting earnings of 3.03p per share.

The P/E at 41p could therefore be 19. Adjust for what could be £12.7m of  ‘surplus’ balance-sheet cash, and the rating drops to 16. Neither multiple strikes me as an obvious bargain for a business where earnings have generally stagnated and are now very likely to fall.

The highlight of this stock had been the dividend, which November’s interim results suggested would be 2.3p per share for the current year to support a 5%-ish income.

However, the combination of lower AUMe, reduced Passive Hedging fees and adverse exchange-rate movements could now mean — assuming my sums prove accurate — the payout is no longer covered by earnings.

Looking back through my REC archives, I really should have sold this share some time ago.

I had become frustrated at the lack of new client mandates and the extra costs that crept steadily into the business. I also tired of RNSs that regularly mentioned lost clients, lower fee rates, additional resources… and “engagement with prospective clients” that never led to anything.

Perhaps it was not surprising that Neil Record, the group’s founder, concocted a £10m tender offer last year to reduce his shareholding.

Keeping me in the stock, though, were some every attractive financials. The operating margin was consistently in excess of 30%, returns on equity were often close to 50%, while cash flow was majestic and sustained a substantial bank balance without debt.

Nonetheless, the attractive books and sizeable dividends are delivered ultimately by the underlying business — and the lower-fee/rising-cost trend does not appear favourable. In fact, the actions of REC’s clients suggest the firm’s services are just not very good.

My sums do not indicate an obviously cheap valuation and, given the news today, I have sold my entire holding at 41.9p per share.

REC has not been the very best investment I have ever made, but at least I have emerged with a reasonable return.

2 thoughts on “Record: Alarming 10% Fee Cut Smells Of Management Guff And I Have Sold Out”