Summary: I was very satisfied with ASY’s first-half progress. The specialist hire group reported positive performances both within the UK and overseas and could now be on course to deliver its best-ever annual results. A 20%-plus operating margin and substantial net cash remain key bookkeeping features, while management hints of an encouraging second half have kept the share price buoyant. I continue to hold. 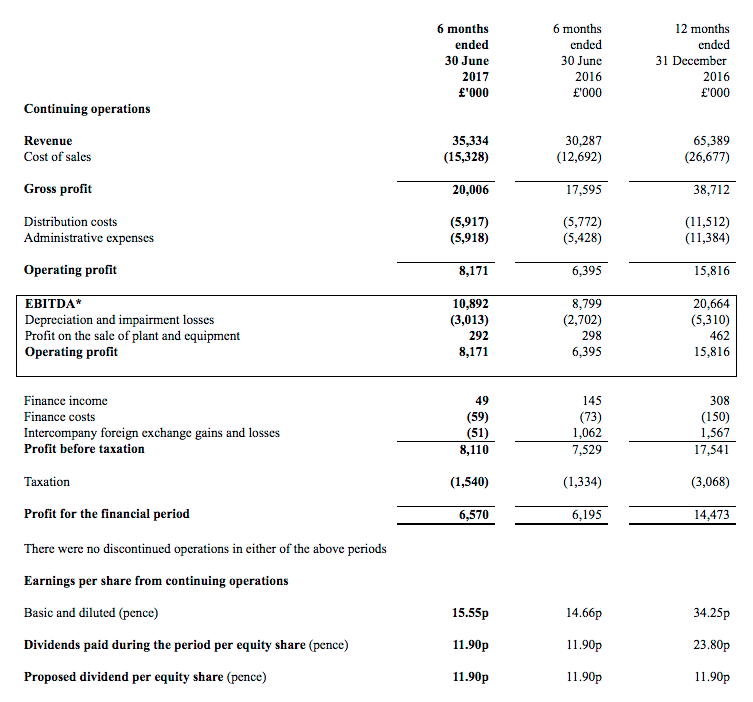 * ASY could be heading for its most profitable year ever

When I studied ASY’s annual results in May, I wrote:

“I hope the momentum from the buoyant H2 will extend throughout 2017.”

I’m very pleased that has been the case, with this first-half statement revealing revenue up 17% to £35.3m and operating profit up 28% to £8.2m.

While these H1 figures were not a clear record for the hire firm — profit during H1 2008 was £8.8m — the general performance seemed very encouraging.

In fact, a repeat of last year’s H2 effort could mean 2017 becomes the group’s most profitable year ever.

What’s notable about ASY’s progress is that it has not been helped by acquisitions (my bold):

“We have continued our policy of pursuing organic growth within our market sectors and start up costs of the new businesses discussed in previous Strategic Reports continue to be expensed as incurred.”

The mention about expensing start-up costs is interesting.

I remarked in my review of ASY’s 2016 annual report (see point 1) that the fledgling operations in Europe were now mostly profitable.

Revenue within Europe surged 48% during H1 and I assume the overseas progress — with start-up costs now being covered — helped to underpin the 28% profit leap.

However, I note there was no mention of the effect of the weaker GBP on ASY’s international performance.

Meanwhile, revenue from the UK gained a useful 12%.

Apparently, “the winter months created some good opportunities for our heating and boiler hire products” while “demand for our air conditioning products… increased mainly due to a warmer-than-expected start to the summer in the month of June.”

It also appears the wetter UK weather during July and August may not have hurt ASY’s business too much:

“Trading in the third quarter to date has continued to be positive.”

* A pension surplus that absorbs an extra £1m a year

These interim figures confirmed ASY remains a high-margin business. I am impressed 23% of first-half revenue was converted into profit — the best H1 conversion since 2010.

Elsewhere in the accounts, net funds ended the six months a few £000k lighter at £17.4m.

A sizeable £1.8m of the group’s £8m operating profit was absorbed into working-capital movements. I trust the trend of previous years will be followed and much smaller movements will occur during the second half:

One item the cash-flow statement revealed was an extra £458k contribution to the group’s defined-benefit pension fund.

This type of contribution is not charged to the income statement and, in ASY’s case, is not insignificant when the cost now runs at almost £1m a year.

The irony here is that ASY’s balance sheet shows a pension-scheme surplus of £2.6m. I’ve looked at the pension situation in a bit more detail in this Comment below.

Almost all of the left-over cash flow was distributed as an 11.9p per share/£5m dividend. These results promised an identical payout during the second half.

ASY’s operating profit presently runs at £17.6m a year and translates into earnings of £14.3m, or 33.7p per share, using the 19% tax charge applied in these results.

Clearly the stock market believes ASY’s growth can now continue at a decent pace and that the ‘lost’ decade of 2006 to 2015 — when revenue and profit remained broadly stagnant — will gradually fade into a distant memory.

With hindsight, the time to have bought more of these shares was exactly twelve months ago, when the signs of improved trading were becoming clear and the underlying P/E was only 11. The price has since climbed 75%.

1 thought on “Andrews Sykes: H1 Profit Up 28% And Now On Course For Best Year Ever”