Summary: These results were very satisfactory and showcased ASY’s best-ever second-half. Notably, this supplier of air conditioners, heaters and water pumps said “robust operational management” rather than “extreme climatic conditions” had supported its positive progress. The accounts remain in good shape, too. With earnings now at their highest level since 2008, the share-price has re-rated to a P/E of 15. I continue to hold. 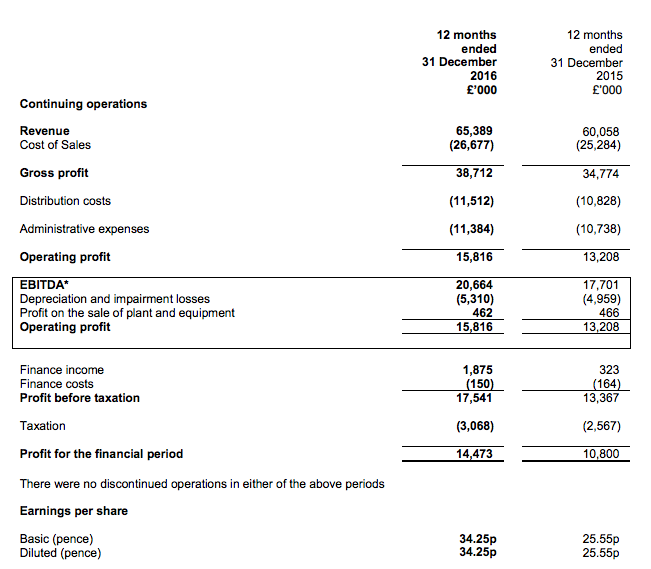 September’s interim statement had already indicated these 2016 figures were likely to be ASY’s best for eight years, and I was very pleased that was actually the case.

Without the benefit of “extreme climatic conditions” — demand for ASY’s equipment increases during prolonged periods of hot, cold and wet weather — the group cited “robust operational management” as the basis for the underlying financial improvement.

Positive progress was reported within ASY’s main UK division as well as its various European and Middle Eastern operations. Overseas revenue represents more than a third of the group’s top line.

ASY’s latest performance has been bettered only once, during 2008, when revenue was £67m and operating profit was almost £18m.

However,  ASY did declare a record second half after experiencing double-digit H2  growth:

I hope the momentum from the buoyant H2 will extend throughout 2017.

For what it is worth, the board signed off its annual statement by stating it was “cautiously optimistic for further success” — a phrase previously repeated within the 2012, 2013, 2014 and 2015 results.

These 2016 results did not reveal anything too worrying within the accounts.

In particular, my 2016 margin and return on average equity sums continue to show attractive figures:

Furthermore, cash generation appeared sound. Working-capital movements did not seem untoward, while capital expenditure was once again covered by the depreciation charged against earnings:

Year-end net cash was bolstered by post-Brexit currency fluctuations, which created a £2.6m windfall via the group’s overseas cash balances.

The cash generation supported the declaration of the now usual 11.9p per share/£5m final dividend, which gave 23.8p per share for the third consecutive full year.

However, the cash-flow statement did reveal an extra £814k contribution to the group’s defined-benefit pension fund. This type of contribution is not charged to the income statement and, in ASY’s case, represents a not insignificant 5% of the £16m headline operating profit.

As I mentioned when I reviewed ASY’s 2015 annual report:

Sadly, it seems the additional pension contributions will continue for the time being. (See point 6 in the first Comment below).

Elsewhere within the accounts, the group’s trade investment in Saudi Arabia continues to be carried at a £164k cost.

Subtract the £18m net cash position from the £211m market cap and the enterprise value comes to about £193m or 458p per share. Then divide that 458p by my 30.7p per share earnings guess and I arrive at an underlying P/E of approximately 15.

You may recall from last September that I had wondered whether the company and its share price were starting to ‘break out’ following years of earnings stagnation.

At the time I wrote: “Maybe it could be time to re-evaluate the group’s prospects and what to pay for any sustained earnings growth.”

Well, last September certainly was the time to re-evaluate the group’s prospects — back then the underlying P/E was 11 and the share price has since gained 40%-plus.

Looking back, it was an opportunity to seriously consider buying more shares. That said, the prior eight years of stagnant revenue and earnings would have made anyone somewhat wary about false dawns.

Finally, the trailing yield is 4.8% and my 30.7p per share earnings calculation covers the 23.8p per share dividend 1.3 times.