Summary: Phew! I had thought TAST’s plunging share price was signalling these results would be accompanied by an emergency equity placing. As it turns out, the beleaguered restaurant chain continues to report a profit and has surprised me by raising £4m — equivalent to half of its market cap — from two property transactions. Furthermore, management now has a proper turnaround plan in place, the second half showed a few glimmers of hope while the upside could be considerable if a recovery ever occurs. I have bought more shares, both before and after these results. 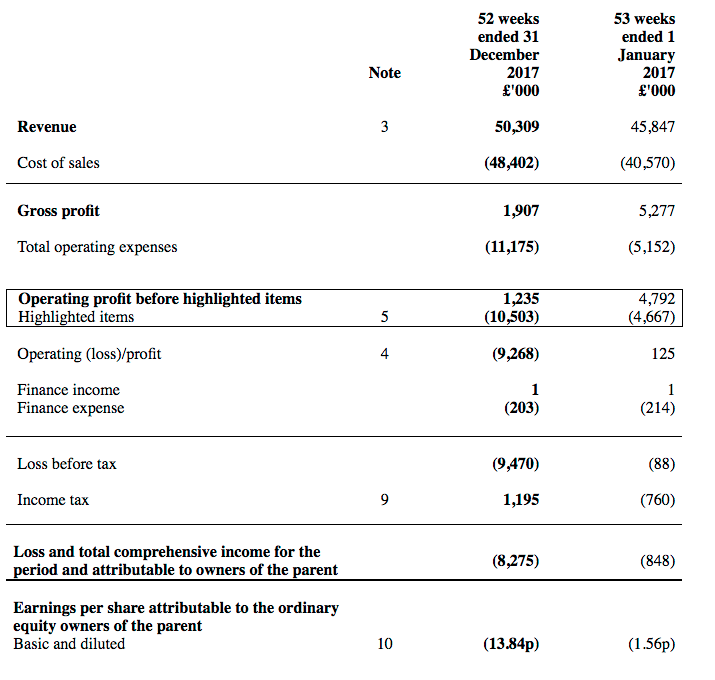 These results were not quite the disaster TAST’s plunging share price had been suggesting.

Grim half-year figures back in September had already heralded a substantial profit drop.

Furthermore, persistent bad news within the wider casual-dining sector — notably from Prezzo and Carluccio’s — had prompted me to speculate whether TAST was losing money and could require extra funding.

Thankfully these results confirmed the business had remained profitable, and that various property deals had shored up the balance sheet.

Total revenue gained 10% to £50m — a group record — after TAST’s estate was increased from 61 to 64 restaurants. However, operating profit before various write offs collapsed 77% to £1.1m:

TAST’s statement did not dwell on the “difficult market conditions” that had blighted the group’s performance. 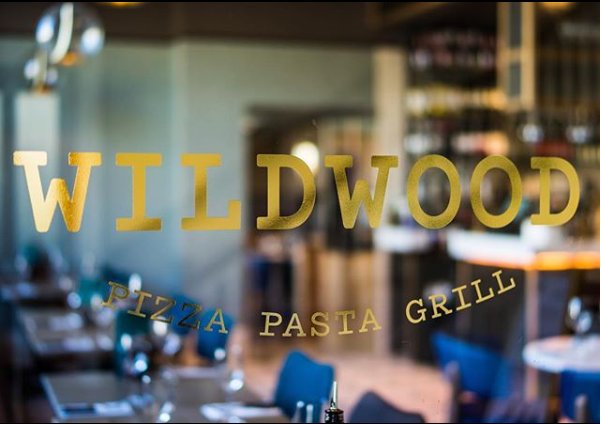 Instead, the management narrative — which I note was much more informative and lengthier than those of previous years — outlined the board’s “clear plan to return to growth”.

“Rationalise the estate
For each of these [underperforming] sites, turnaround strategies have been introduced and where these have not been successful the Group has sought to dispose of the property.

Re-connect with customers
The Group identified that customer engagement was too low in a number of areas including feedback on service, feedback on food and customer communication via social media.  The marketing department has been strengthened in 2017 to facilitate changes in these areas.

Invest in our staff
The Group has begun to completely overhaul the training framework that exists in the business with a view to increasing staff retention and improving overall customer experience.  The framework is being drastically improved at all levels of the organisation supported by apprenticeships.

Invest in our structure
During 2018 the Group plans to restructure the operations team, flattening the structure and reducing headcount.  This will reduce the operational costs and provide clear reporting lines to the senior management team, improving the speed and quality of business decision.”

Certainly TAST’s directors now appear much more focused on revitalising the business than they were a year ago. During the last AGM, the executives admitted they had been “a bit slow” to react to the various trading problems.

The outlook for 2018 is not great, but is not terminal either:

“The Board does not expect market conditions to improve in 2018 and believes that a further deterioration is likely.  Underlying input costs will continue to rise and consumer spending will face increased pressures. The Group’s next round of operational improvements are targeting improvements in the areas of sales, food and labour margins, however it will be some time before the full benefit of these changes is felt and financial performance in 2018 is very unlikely to see any improvement on 2017.”

I dare say the most shareholders can expect for 2018 is a similar £1m profit to that recorded for 2017. TAST admitted a “number of restructuring costs” would be incurred this year.

* H2 shows glimmer of hope through greater revenue per site

There were some (relatively) encouraging signs within the first-half/second-half split:

For some context, the average TAST restaurant generated revenue of £929k during 2014:

The second half enjoyed minor margin improvements, too, although the effect of various trading initiatives — notably discount vouchers — can be clearly seen by the thin levels of profitability:

I was pleased the second half did not present shareholders with further substantial restaurant write-offs:

TAST has written off assets of some £13m during the past two years.

The £1.6m onerous lease provision covers four sites where “projected future trading income is insufficient to cover the unavoidable costs under the lease“.

Essentially TAST is taking an upfront charge for seeking to abandon these properties, and an exit timescale was suggested:

“It is expected the majority of the provision will be utilised over the next 24 months.“

These results confirmed six units had closed and, notably, proceeds from two transactions completed after the year end had raised £4.15m.

Here are the details:

“Canary Wharf Wildwood
The lease for this property was assigned on 5 January 2018 for a premium receivable by the Group of £1.45m.

Ilkley Wildwood Kitchen
The lease of this property was assigned on 22 September 2017 for a premium receivable by the Group of £120,000.

Abingdon Wildwood Kitchen
A surrender of the lease was agreed on 14 January 2018 at no cost to the Group.

Barnes Wildwood Kitchen
Contracts have exchanged on this property with the lease due to be assigned imminently at a net cost of £nil to the Group.

Gloucester Road Wildwood
On 8 March 2018 this unit was sold as a going concern for a consideration of £2.7m”

I have to admit, I am pleasantly surprised only one site incurred an exit cost.

Here is a very important note (my bold):

“Funds for Canary Wharf and Gloucester Road totalling £4.15m have been received in 2018 and are not included in the cash and cash equivalents in these financial statements.”

“In addition to the above, the Company undertook a sale and leaseback transaction during the period, purchasing and later selling the freehold of our Kettering site.”

I am glad this sale-and-leaseback transaction has been explained (I had been confused), and has led to a profit. The accounting small-print stated:

“During the period the Company purchased and disposed of a freehold property in a sale and leaseback transaction.  Net proceeds of this transaction was an inflow of £620,000…”

Given the disposal proceeds raised to date — and how they compare to the current market cap — I welcome this next remark:

* Current borrowings do not appear alarming

TAST’s cash generation did not look too bad to me.

Net cash from operations was £2.8m, of which £1.7m was produced during the second half:

Net capital expenditure for 2017 came to £5.8m, while the working-capital movement was minor:

It all left cash in the bank at £1.8m, which ought now to stand close to £6m following the aforementioned Canary Wharf and Gloucester Road disposals.

Borrowings of £7m mean net debt could now be approximately £1m — which, despite what TAST’s share price may be suggesting — does not appear too alarming.

“At present the Group is not committed to any new openings in 2018.”

As such, capital expenditure should be reduced significantly this year. I am hopeful the cost of maintaining the restaurant chain can be broadly similar to the £2m depreciation charge.

Twelve months ago I felt TAST’s problems were more to do with stale menus and complacent management than wider sector problems.

However, the aforementioned bad news from the likes of Prezzo and Carluccio’s — plus various warnings from sector star Fulham Shore — do underline the industry difficulties TAST currently faces.

At least TAST’s directors are taking action. Units have been closed, menus have been trimmed and even a fresh dining format has been launched. Whether the recovery plan is enough, though, is hard to judge.

As before, I am resting everything on management’s past history.

TAST’s boardroom is staffed by two members of the Kaye family, which in total owns approximately 40% of the business and has already built and sold multi-bagger chains ASK Central for £223m (in 2004) and Prezzo for £304m (in 2015).

I have written this before, but I don’t think you can lose decades of such expertise overnight.

This time last year I remarked:

…and I dare say a very depressed rating could soon befall TAST.”

The share price then was 80p and I do recall thinking, if the worst ever came to the worst, we could see 40p.

Well, the price today is 13p, which supports an £8m market cap.

It is worth noting that an £8m market cap compares very favourably to the £4m TAST has just raised from the Canary Wharf and Gloucester Road transactions.

Even if TAST’s future property proceeds come to nothing, the present valuation can hardly be described as expensive… assuming that is:

i) the business can sustain an underlying £1m operating profit for 2018, and;
ii) net debt can be kept at £1m.

Here is one recovery scenario. Closed units cut revenue by 20% to £40m, while other actions help improve the group’s operating margin to 5%. TAST would then report a £2m operating profit.

Such a performance could clear the outstanding net debt… and leave the present £8m market cap looking remarkably cheap.

Also consider the Kaye family management, and its track record of building and then selling quoted restaurant chains for £200m-plus.

Revitalising TAST and then selling it for ‘only’ £40m would still give a five-bagger from here.

21 thoughts on “Tasty: Phew! Not Heading For Bankruptcy Just Yet As £4m Property Proceeds And £1m Underlying Profit Compare To £8m Market Cap”