Summary: From what I could tell from the chairman’s 216-word update, DJAN has had to work hard of late to achieve somewhat modest progress. Currency movements and Brexit apparently kept a lid on this H1 performance, although NAV still managed to creep to a £103 per share all-time high. Dull updates from low-profile businesses often cause share prices to stagnate, and so I’m not too surprised the property group’s discount to book has widened since I first bought during 2015. I now wonder whether I should buy once again. I continue to hold. 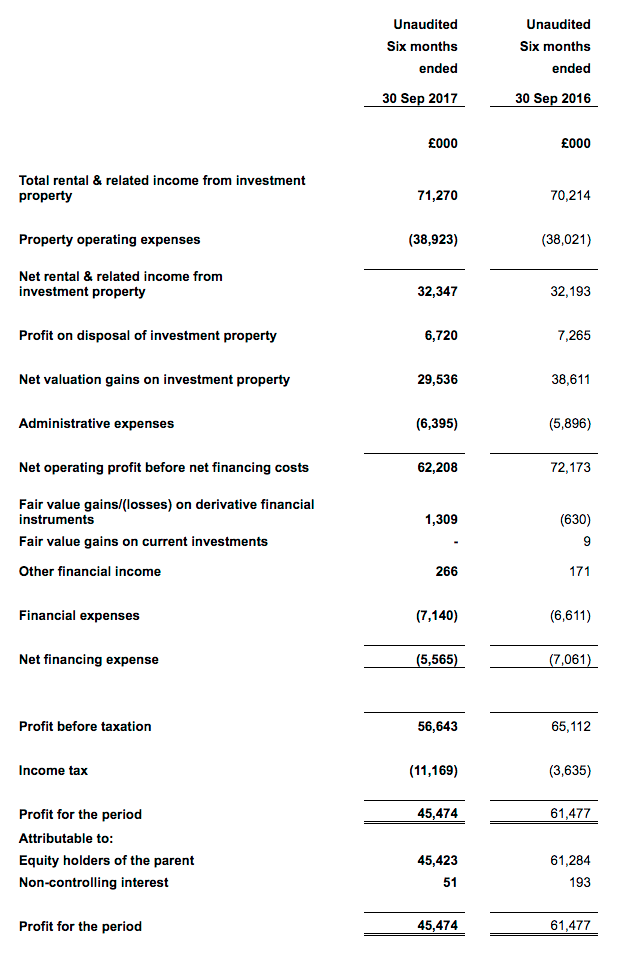 * Another set of record H1 results, although tempered by Brexit “economic uncertainty“

These were record first-half results for DJAN, although the property group’s overall progress was very subdued.

Chairman Benzion Freshwater claimed the business had “[continued] to see some increase in rental income in the UK and USA”, and sure enough, total H1 revenue gained just £1m, or 2%.

However, UK rental and related income fell 2% and the US equivalent — aided by currency improvements — gained 8%.

Strip out the extra £1.5m currency benefit, though, and total underlying revenue dropped 2%.

Mr Freshwater cited Brexit for the lack of domestic progress:

“Since the Brexit referendum the UK has been dominated by political and economic uncertainty which has led to reduced forecasts for economic growth. This combination of factors will provide a challenging environment for our UK business. In the USA the economic outlook is more encouraging and should provide a positive environment to grow our business.”

Still, DJAN managed to report valuation gains of £30m during the six months, so it is not as if the group’s property estate is starting lose its value.

Mind you, the £30m valuation gain was DJAN’s lowest for any six-month period since 2012.

* US properties had their GBP valuation cut by 5%

I was surprised the £30m valuation gain was not converted fully into net asset value (NAV) growth.

The accounts showed DJAN’s entire property estate gaining only £6m to £2,263m during the half year, and it seems currency movements were to blame for the modest improvement.

I hadn’t noticed the GBP:USD exchange rate had moved from 1.25 to 1.34 during the six months. The change meant DJAN’s US properties had their GBP valuation cut from £601m to £568m.

Anyway, the valuation gain, the foreign-exchange movement and the profit from rental income all added up to an extra £27m, which took NAV just 2% higher to £1,683m or £103 per share.

On the flip-side, at least the currency movement helped US liabilities decline by £23m and total debt reduce by £19m. Net borrowings came to £253m and are equivalent to only 11% of the property estate.

I also note cash flow was somewhat better during this H1 than during last year’s H1.

Net cash generated from operations was £25m, versus the low £13m seen this time in 2016. I am pleased with that improvement, because I was a bit stumped on last year’s performance (point 5).

The greater cash flow did not lead to a greater dividend. The first-half payout was kept at 35p per share for the fifth year running.

As I have written many times before, a healthy discount has been available on these shares for some years now. Reasons include the board’s 80% family shareholding, its unconventional corporate culture and the complete absence of any takeover possibilities.

However, those reasons have also kept DJAN away from the worst of past downturns, as well as help NAV rise about 350-fold since the group’s 1959 flotation.

Another way of looking at DJAN’s value is from a return on equity standpoint.

During recent 10-year periods, DJAN has earned at least 7% a year from its asset base:

Assuming DJAN can earn an average of, say, 8% a year from its £103 per share asset base, typical annual earnings could be £8.26 per share — represented by a mix of rental profit and valuation gains.

In theory at least, enjoying £8.26 per share a year from a £60 entry price is equivalent to a worthwhile 14% annual return.

So I wonder if now is the time to buy more? I made my initial DJAN purchase during 2015, since when NAV has improved by 21% while the share price has increased by 3%.

PS: You can now receive my Blog posts through an occasional e-mail newsletter.

3 thoughts on “Daejan: NAV Creeps To New £103 Per Share High And I Now Wonder Whether I Should Buy Once More”