Summary: A lack of work at CGS’s smaller machining division meant these annual figures were the engineer’s worst since 2011. Thankfully there were no worrying omens for 2018 — the group’s order book apparently remains “steady” while the second-half performance even showed some promise. The hefty cash pile and a resilient dividend continue to be shareholder centrepieces, and talk of “robotic handling” suggests margin improvements may be on the way.  My P/E of 13 does not indicate a bargain and I continue to hold. 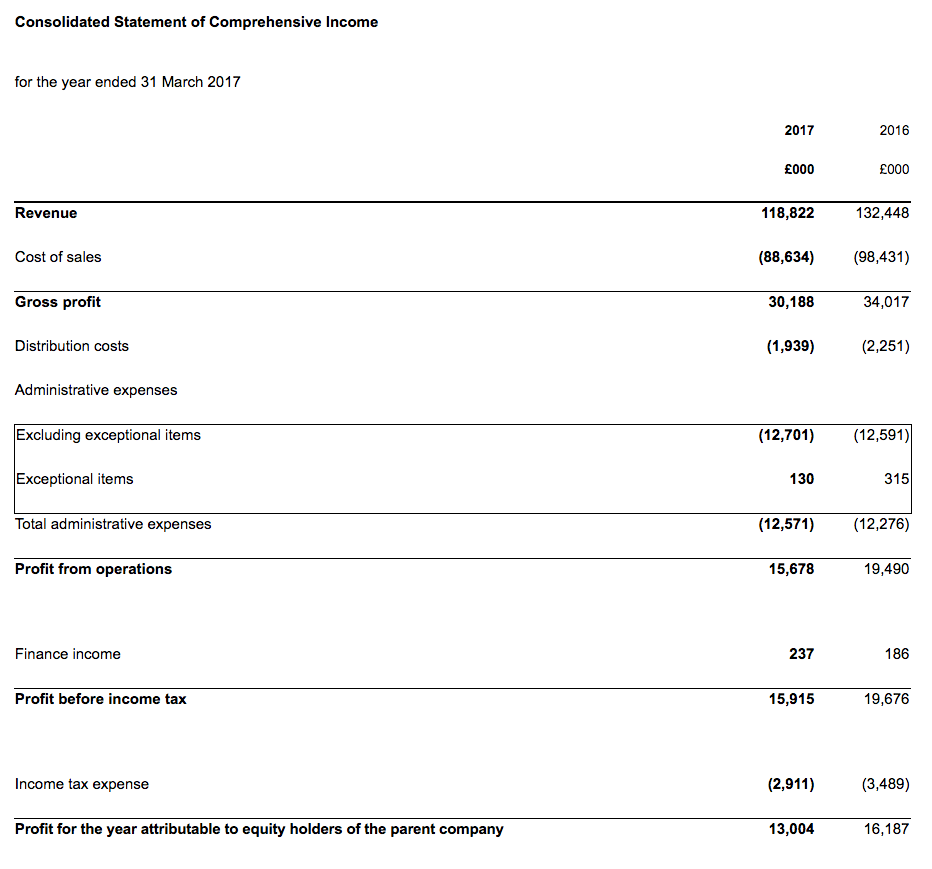 * These results were not as bad as they could have been

A profit warning this time last year had already signalled these 2017 figures would not be spectacular.

The final numbers showed revenue down 10% and operating profit down 19%. The shortfall was due mostly to the completion of a major contract — without any replacement work lined up — within the group’s smaller machining division.

The table below contrasts the 2017 performance with the achievements of prior years:

Although today’s statement confirmed the worst annual result since 2011, the second-half performance did appear a tad better than November’s first-half statement.

Another highlight within the foundry division was yet another improvement to the revenue earned per tonne of castings produced:

The ongoing shift towards “more complex, machined parts”, alongside various productivity investments, appeared to shore up the performance.

The management narrative also referred to “investment in robotic handling” and  “the role of automation”, which suggests extra employees may not be needed to handle additional future revenue.

Between 2006 and 2016, the percentage of revenue paid to staff has reduced from 37% to 32% and I’d like to think that “robotic handling” can help that proportion decline further.

If future productivity improvements can be made, then I trust CGS’s group margin may be able to increase as well. The 13.1% margin reported for 2017 was the lowest since 2009:

I am not too worried about CGS’s accounts.

(I suppose spending £5m on a new factory extension shows at least CGS’s directors are confident of better times returning!)

The year-end cash pile was left £13m lighter at £27m (62p per share) following the payment of the £13m/30p per share special dividend announced twelve months ago. CGS continues to carry no debt.

Meanwhile, CGS’s defined-benefit pension scheme remains in surplus — up £2.1m to £16.8m — and, perhaps uniquely for a quoted company, continues to dribble surplus cash back to the group!

Not surprisingly, the lower earnings have translated into a reduced return on average equity calculation:

I am hopeful this ratio can one day return to the more appealing levels of the past.

With today’s statement claiming that “customer requirements [are] forecast to remain steady at the current levels”, I think it is fair to assume earnings for 2018 may be quite similar to those of 2017.

Then subtracting the aforementioned 62p per share net cash position from the 450p share price, my estimate of CGS’s enterprise value comes to 388p per share or £169m.

Dividing that 388p per share by my 28.9p per share EPS guess gives a multiple of about 13. Given the immediate “steady” outlook, the present rating does not strike me as an obvious bargain.

Meanwhile, the ordinary annual dividend was upped a very modest 2% to 13.97p per share and currently supports a 3.2% income.

The annual payout has now been lifted on 24 occasions during the last 26 years, during which time it has never suffered a cut.

2 thoughts on “Castings: Annual Results Are Worst Since 2011 As Management Talks Of ‘Robotic Handling’”