Event: Preliminary results for the year to 31 December 2015 published 11 May

Summary: These results were very acceptable and extended the improved performance reported during September’s interims. However, the comparison to the weak 2014 figures was always going to look good and, notably,  ASY still has work to do to repeat its achievements of 2012 and 2013. While long-term growth may be elusive, the accounts remain in top shape and the generous dividends keep on coming. I continue to hold. 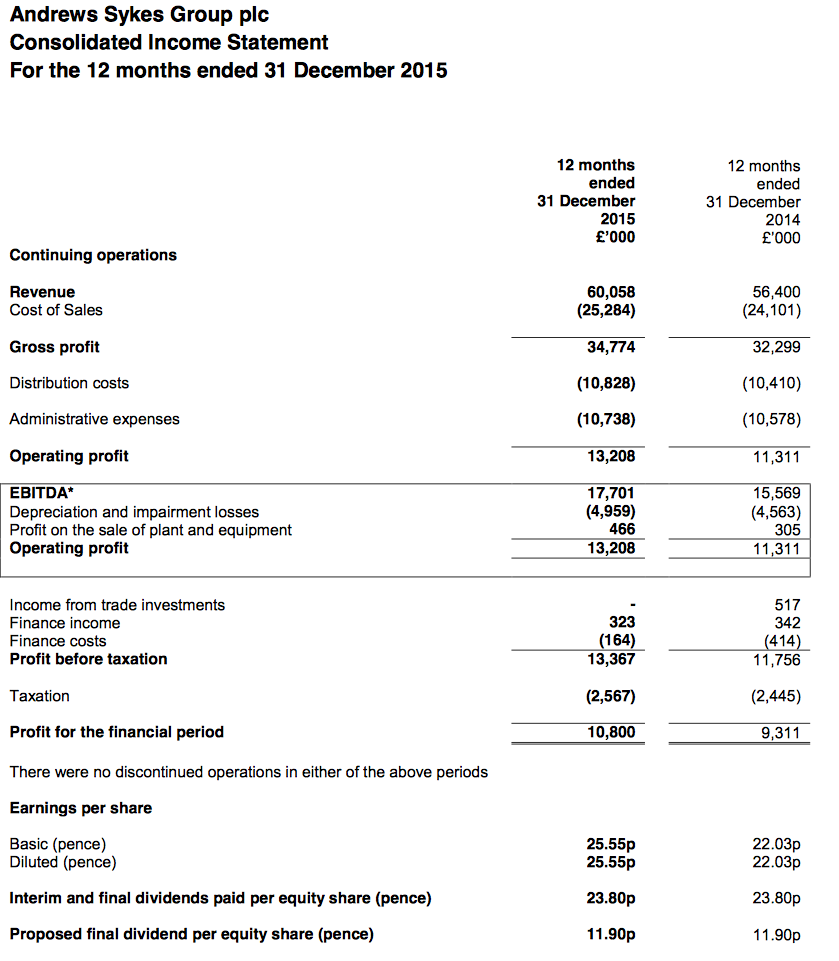 * The results were a little better than I had expected

These figures were quite satisfactory and continued the improved performance reported in September’s interim statement.

For the full year, revenue climbed 6% and operating profit jumped 17%. However, the comparable figures for 2014 were relatively poor after ASY suffered from an “unseasonably mild winter” — which dissuaded many customers from hiring the group’s heaters.

During 2015, ASY was buoyed by a hot summer in Europe and December’s widespread UK flooding. The former prompted more Benelux clients to rent air conditioners, while the latter saw the group’s hire-pump division become very busy.

Looking at the H1:H2 split, ASY did perform well during the second half:

Despite ASY’s improved 2015 performance, the group has yet to regain the profit levels achieved only a few years ago.

Looking further back, the business appears to have peaked during 2008 when revenue topped £67m and operating profit came to almost £18m.

This preliminary statement did not reveal anything too worrying within the accounts.

In particular, my 2015 margin and return on average equity sums continue to show attractive figures:

These preliminary accounts were not complete, though, and I will have to study ASY’s full annual report later this month to double-check the group’s working-capital movements and surplus pension contributions.

Mind you, I see the year-end balance sheet carried net cash of £14.6m (34p per share) and the cash performance in general supported yet another £5m final dividend (11.9p per share).

Also carried on the balance sheet is a trade investment of £164k, that I believe could be worth nearer £3m (see point 6). Sadly this trade investment did not provide ASY with a dividend during 2015 — such income during the past five years has averaged £260k per annum.

ASY’s trailing operating profit (plus my £260k estimate of average trade-investment dividends) now runs at £13.4m, which translates into earnings of £10.7m or 25.5p per share on a standard 20% tax charge.

As I have mentioned in my previous ASY posts, I initially bought ASY when the shares were on a P/E of 8. Given ASY’s revenue and profit have essentially stagnated during the last decade, I reckon any further investment requires a similar single-digit rating to make the most of the firm’s ‘cash cow’ attractions.