Summary: Not a bad set of results, although the performance was flattered by the poor figures of 2014. The highlight was the positive outlook statement and the prospect of further second-half progress. While ASY may find long-term growth elusive, the accounts remain solid and the company continues to pay out all of its earnings as a dividend. I continue to hold. 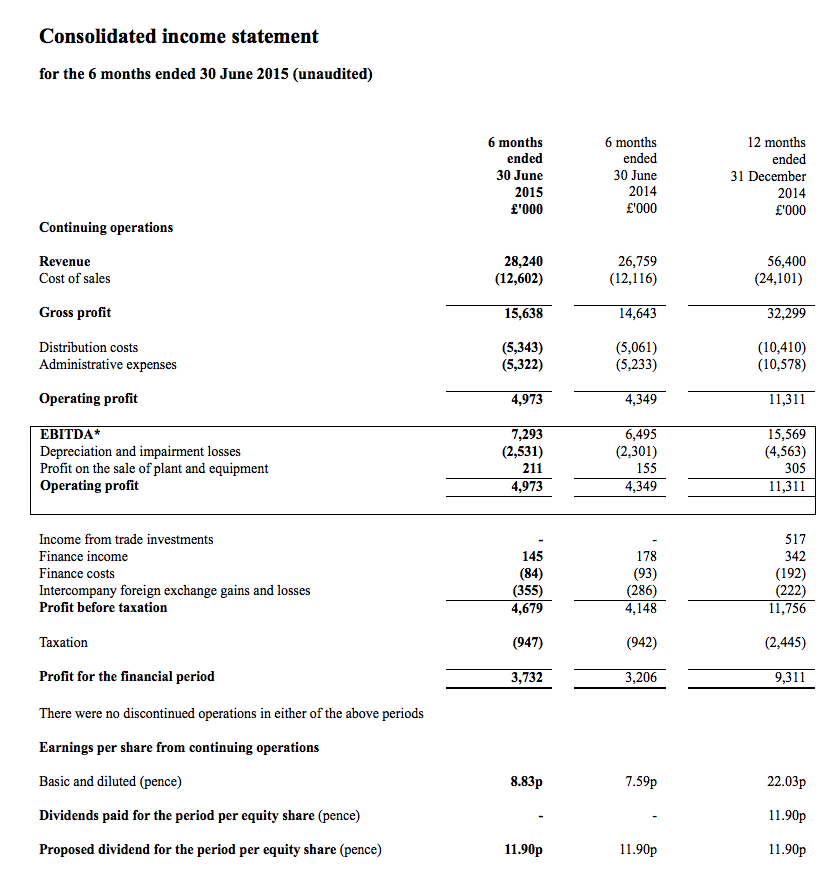 * These results appeared good, but only because the 2014 figures were poor

At first glance these figures looked sound, with revenue advancing 6% and operating profit climbing 14%. However, the comparable figures for 2014 were very poor after ASY suffered an “unseasonably mild winter” and found nobody wanted to hire its heaters.

I must admit, I am not exactly clear why H1 profits are still running £1m below the level of a few years ago. My best guess is that the shortfall is to do with the ongoing start-up costs for overseas expansion (my bold):

“We have continued our policy of pursuing organic growth within our market sectors and start up costs of the new businesses discussed in previous Strategic Reports continue to be expensed as incurred. A new depot in Lyon has been opened in the first half of 2015 and continuing investment in both our existing core businesses and the ongoing development of new operations and income streams will ensure that we remain in a strong position and will safeguard profitability into the future.”

I note ASY’s revenue improvement was due entirely to the performance of its Middle East and Africa division — where sales jumped a super 55% to £5m. In contrast, the top-line in the UK fell 3% to £19.2m.

I was pleased ASY accompanied these figures with a favourable statement about the second half (my bold):

“Trading in the third quarter to date has been positive. Europe experienced a period of hot weather during the early part of July which stimulated a high demand for air conditioning products. Although this was short lived in the UK, our operations across mainland Europe enjoyed a hot summer with prolonged periods of above average temperatures. Activity in the Middle East has remained consistent through the summer period, with trading levels ahead of last year in both Sharjah and Abu Dhabi.

The board remains cautiously optimistic that the group will return an improved performance for the full year.”

This statement was released on the final day of the third quarter, so those three “positive” months are now in the bag for the year as a whole.

A check of the accounts did not reveal anything too worrying. Margins were a decent 18%, capital expenditure continues to be covered by the depreciation charged against earnings, while surplus pension contributions were scaled right back to just £5k.

However, working-capital movements were somewhat chunky, with £2.2m absorbed mostly into fresh stock. But the balance sheet remains robust, with net cash of £13.5m (32p per share) supporting another confident dividend of £5m (11.9p per share).

Trailing operating profit (plus my best guess of ASY’s annual trade-investment income) now runs at £12.2m, which translates into earnings of £9.8m or 23p per share on a standard 20% tax charge.

As I have mentioned in my previous ASY posts, I initially bought ASY when the shares were on a P/E of 8. And with ASY’s revenue and profit having essentially stagnated for the last ten years, I still feel I need to buy at a similar rating again to make the most of the firm’s cash generation and dividends.

Meanwhile, the trailing 23.8p per share dividend slightly exceeds my earnings guess — which is why the yield at 320p is 7.4%.