Summary: A set of satisfactory outline results, commendably issued once again in double-quick time. But it was no real surprise to see CLIG downgrade some of its earlier growth assumptions, while new client money continues to be required to help earnings recover and lift the dividend. The accounts remain great and for now I’m content with the 24p per share payout and 7% income. I continue to hold. 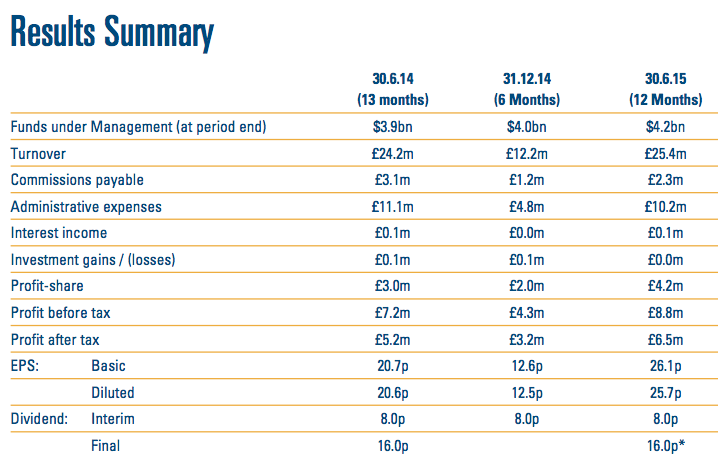 This time it took just 11 working days to supply the figures to shareholders — other quoted companies please take note!

Gross fee income gained 5% to £25.4m due to funds under management (FUM) advancing 8% to $4.2bn (or 17% to £2.7bn). But as I noted in CLIG’s half-year statement, the management fee rate on average FUM has been on a downtrend for some years:

Mind you, this trend may be distorted by CLIG’s rounded FUM figures.

This next chart from the accompanying City presentation shows how one of CLIG’s funds (represented by the red circles) has consistently outperformed three benchmarks: 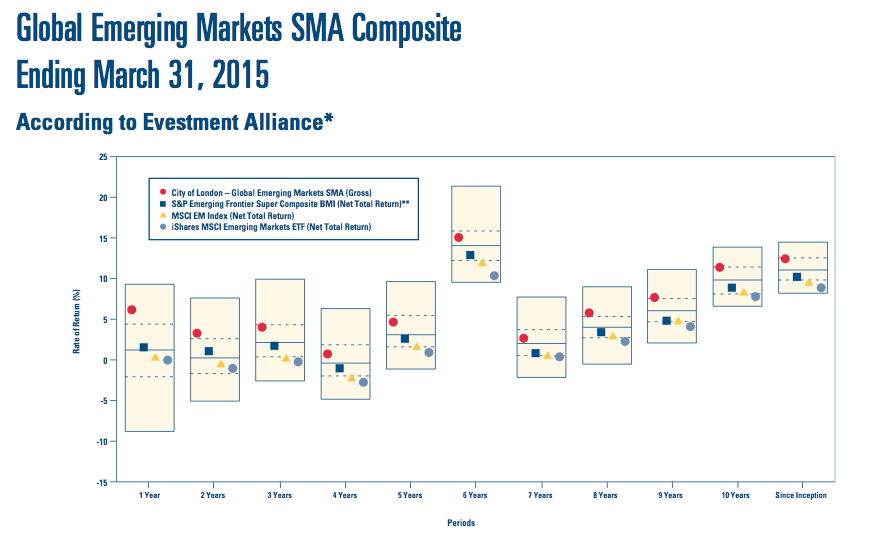 I see CLIG’s second half was more profitable than its first, and continued the run of six-monthly profit increases from last year:

I also note the termination of a marketing agreement some years ago is starting to have a material — and favourable! — effect on profits and margins. The costs relating to that agreement decreased by £0.8m during 2015, should reduce by a further £0.6m for 2016 and will disappear entirely by 2020: 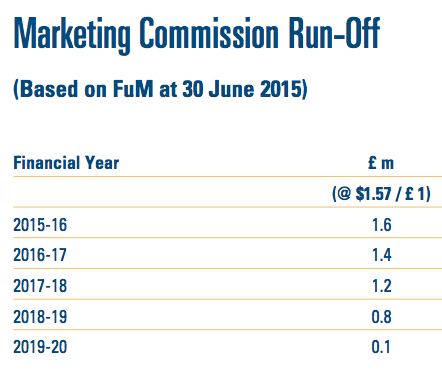 Turning to the balance sheet, today’s summary figures showed net cash and investments at a healthy £11.7m. (My reading of CLIG’s capital requirements suggests £1.6m is required for regulatory reasons and should not be deemed as being  ‘surplus cash’).

* Earnings as expected, but no vague hints this time of a dividend lift 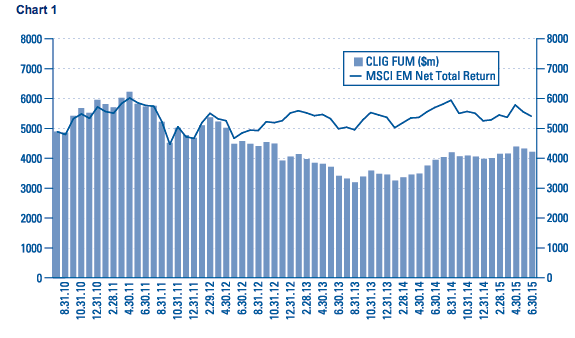 ……alongside its helpful post-tax profit/FUM table: 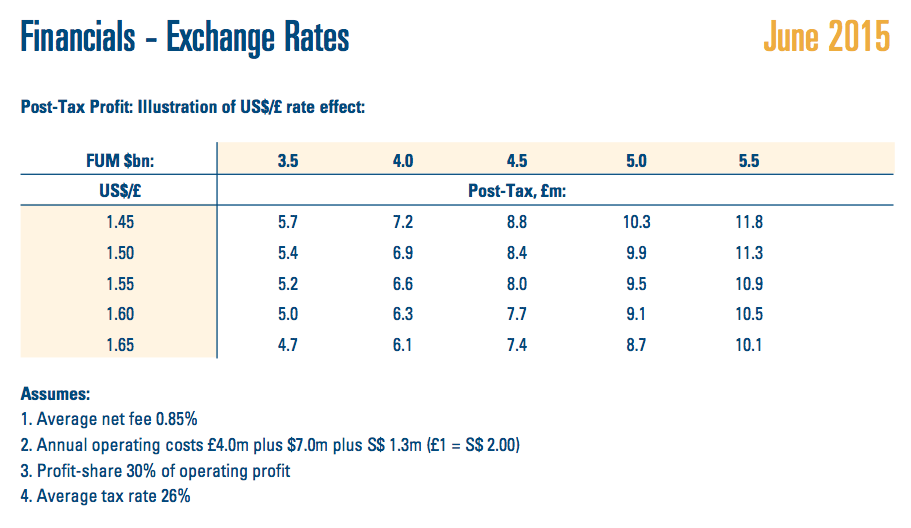 But the maintained 24p per share dividend? I must admit that I thought February’s interim results had made vague hints of a payout improvement:

“In view of the improvement in profitability, your Board has no difficulty at this time in paying a maintained 8p interim dividend”

“In a better market environment, plus of course a few new mandate wins we could consider this challenging period as being behind us and look to better days and the potential for an increased dividend.”

Nonetheless, I will happily take the 24p per share dividend and I note CLIG’s target dividend cover remains at 1.2x over a rolling five-year period.

For now at least, I think it is best to expect yet another 24p per share dividend for 2016.

I was not too surprised to see CLIG dilute some of its 2016 assumptions within its forward guidance template:

CLIG had previously assumed it would add “£2.9m to reserves” during 2016, which suggested next year’s earnings could have been £8.8m (£5.9m dividend plus £2.9m surplus) or about 33p per share on the total share count.

My estimate of surplus net cash and investments less regulatory capital requirements is £10.1m or 38p per share. CLIG’s enterprise value (EV) is thus £81m or 302p with the shares at 340p.

Using the above post-tax profit/FUM model, I reckon FUM of $4.2bn and a £1:$1.57 exchange rate could equate to earnings of £7.1m or 26.3p per share. The underlying P/E on my EV and EPS estimates is therefore 11.5, which does not look extravagant to me for such an owner-friendly operation.

The 24p per share dividend continues to supply a 7.1% yield.