Summary: What a letdown! I had hoped EDP could announce the conclusion of its strategic review within these results, but no such luck I’m afraid. Instead, shareholders have been left in the dark about possible corporate action as the underlying business puts in another dismal revenue performance. The irony is this company actually develops software for others to improve sales! I can only hope 2017 will see a generous buyer emerge and I can then move on. I continue to hold. 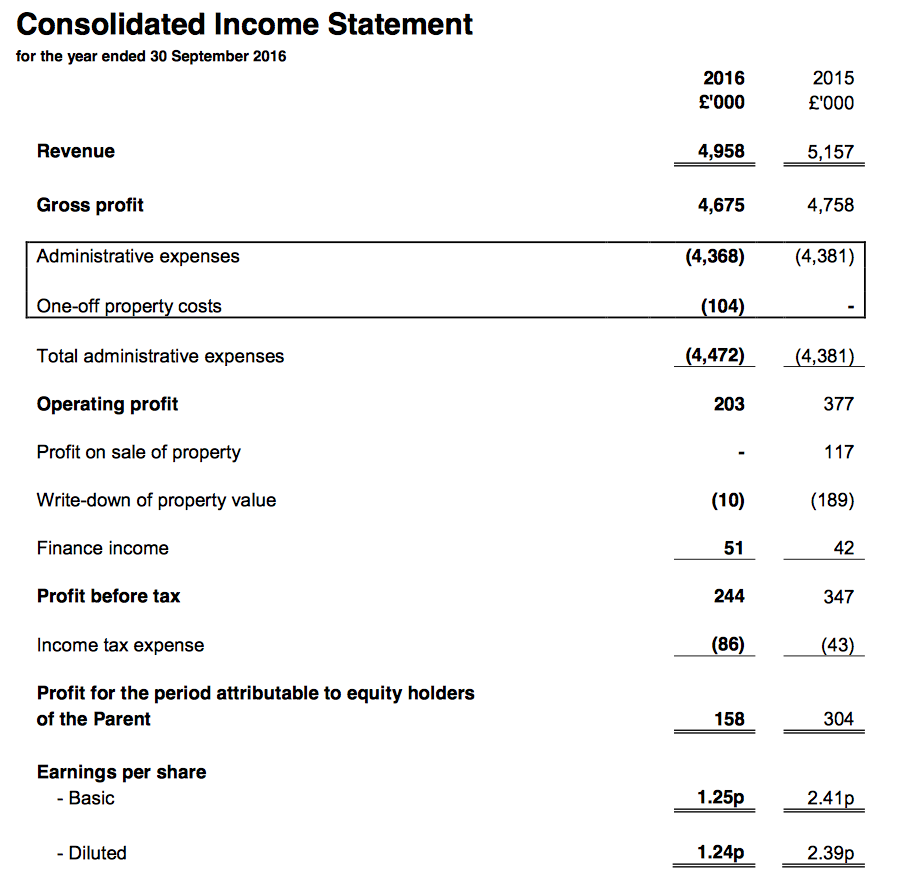 I had hoped these results would coincide with some news about EDP’s strategic review.

To recap, EDP announced in April that it had “decided to conduct a review of various strategic options open to the Company to maximise value for shareholders, which could include a sale of the Company.”

Unfortunately for shareholders, eight months of assessing “various strategic options” has not yet reached a conclusion.

All that was said in today’s statement was:

“We announced earlier in the year that we are carrying out a strategic review of the business and that process is continuing. We will report the conclusions of the review to shareholders in due course.”

I must say, it’s very disappointing nothing of more substance was disclosed.

I suppose I could daydream about EDP being so inundated with juicy buyout interest, that the group is currently bogged down in a protracted behind-the-scenes auction.

On the other hand, enquiries may have been scarce and EDP is at a complete loss with what to do with its two main divisions.

Either way, I’d like to think the trio of North American ‘activist’ funds that own 29% of the group — and which presumably prompted the strategic review in the first place — will only be happy with a decent buyout result.

I mean, these funds can’t really dispose of their holdings in this illiquid £9m company in an orderly fashion — and so some sort of corporate action is their only chance of an elegant exit.

For now at least, I trust the right deal comes along soon — perhaps before Christmas 2017!

In the meantime, I continue to own a share that simply struggles to grow its business…

Lacklustre interims in June had already suggested these full-year numbers would be far from spectacular.

In the event, the figures were even more underwhelming than I had expected.

Revenue dropped 4% after “a small number of customers” delayed orders towards the end of the year. The overall top-line — at just less than £5m — was EDP’s lowest since 1985.

At least the group’s recurring income — comprising of annual software licences and hosting subscription fees — was flat at about £4m.

Furthermore, management claimed one of the delayed orders had since been converted and that current revenue was “slightly ahead” of the level seen this time last year.

Sadly EDP’s profit followed revenue lower, although exactly how much lower depends on which numbers you look at.

I have given up trying to keep an exact history of EDP’s profit adjustments, but it seems 2016 was the firm’s least profitable year since 2006.

Something EDP does offer is decent cash generation:

The year also saw a favourable inflow of working-capital cash.

All told, EDP produced enough free cash to just about cover the £645k/5p per share dividend.

The balance sheet was left with no debt and cash of £5.4m, which could now stand at £6.6m/52p per share following the sale of the group’s sole surplus property the other month.

Another notable entry was deferred income — in this case,  upfront licence payments from customers for services yet to be received — which edged a fraction higher to almost £2.1m during the year.

That improvement suggests near-term revenue is not about to drop very suddenly.

Meanwhile, EDP’s pension fund was said to sport a £3.9m deficit, but — long story cut short — that deficit is due simply to IFRS accounting quirks.

The results small-print continues to confirm the pension scheme is fully funded and requires no company contributions.

Taking my version of adjusted profit — £453k — and applying standard 20% tax gives earnings of about 2.9p per share.

Then adjusting EDP’s market cap for the group’s cash and deferred income, I arrive at an enterprise value (EV) of £4.7m or 38p per share. The P/E on my EV and earnings calculations is therefore 38p/2.9p = 13.

A 13x rating looks very pricey for a business that has been shrinking for years, but the prospect of the strategic review leading to a trade sale probably justifies the share price.

You see, I am quite sure an interested bidder could easily fire EDP’s woeful boardroom — saving £400k a year — as well as remove various quoted-company costs — perhaps up to £100k a year.

All of a sudden, EDP’s profit could double under different ownership and the valuation rating could then be in the single digits.

8 thoughts on “Electronic Data Processing: 8 Months On And I’m Still Waiting For A Buyer”