It’s not often I look at a 12-bagger and decide it’s still worth buying.

But that is exactly what happened when I pinpointed Pennant International (PEN) the other year.

To cut to the chase, this £23m military equipment specialist had suffered badly during the banking crash and the shares had plunged to 6p. But then a succession of upbeat results and contract wins eventually caught me eye and I bought in at 74p during October and November 2013.

What particularly appealed to me was the group landing its largest-ever contract alongside results that spoke of “good prospects for the short, medium and long term”. It’s quite rare to see such ‘multi-horizon’ optimism within a company RNS!

Also prompting me to buy were management’s sizeable shareholding, the firm’s asset-flush balance sheet, a focus on organic growth and a lowly market valuation.

While PEN’s expansion looks to have paused temporarily in 2014, the group’s overall prospects remain positive and I’m pleased to say the appealing executives, financials and valuation remain in place today.

Helping our armed forces for more than 50 years

Pennant International (PEN) was established during 1958 as a supplier of aircraft-maintenance training systems for the Royal Air Force.

The firm has since provided the RAF — and the other armed forces — with a wide variety of training devices, that today range from equipment for teaching flight control and weapon handling, to software that simulates runway marshalling and parachute jumping. PEN’s website has more details, but I’ve included some pictures below: 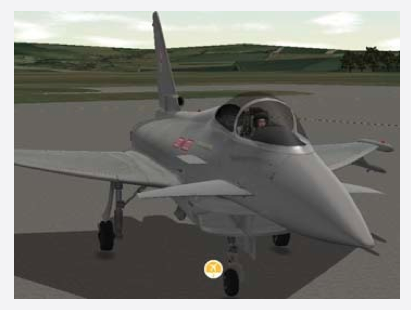 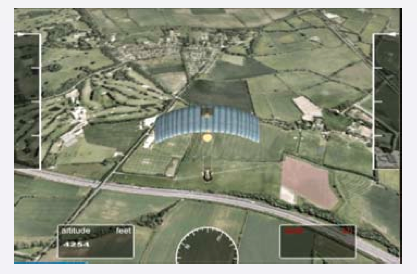 In addition, PEN offers defence organisations a comprehensive database suite for cataloguing military equipment, and supplies a variety of documentation and training services to the power and transport sectors.

Major customers include defence contractors, such as BAE Systems and Agusta Westland, and government departments, such as the Ministry of Defence and the Canadian Department of National Defence.

By 2002, however, contract over-runs and delayed deals had turned those profits into losses. PEN was then moved to issue shares at just 9p — and increase its share count three-fold! — to raise £2m and shore up its balance sheet.

Progress between 2003 and 2007 was then somewhat muted, with sales and profits bobbing around the £11m and £0.6 levels respectively. Sadly the banking crash of 2008 prompted a return to losses and an axed dividend, which pushed the shares down to 6p.

The turnaround emerged during 2010, when PEN first claimed of being “optimistic of significant orders in the short to medium term”. Since then, sales, profits and the share price have all charged higher.

Turnover has almost doubled within 5 years

This table summarises PEN’s significant recovery since the banking crash:

PEN said its 2012 results showed a “step change in performance” and the group’s largest contract win in 2013 has certainly sustained the sales and profit ‘breakout’.

The contract win in question supplies equipment to BAE Systems Australia and is worth £16m between 2013 and 2018, with scope for annual extensions thereafter. Also helping matters in recent years has been the completion of a £12m deal for Agusta Westland.

Notably, PEN has claimed its completed contracts have “enhanced its profile and reputation”, and have led it to becoming “actively involved in a number of significant opportunities with existing and prospective customers”.

Half-year results published last September then confirmed there had been “significant on-going dialogue with a board spread of customers on a number of significant opportunities”.

However, the interim figures did show sales static at almost £10m and profits unchanged at about £1.1m. A trading update last week then admitted full-year 2014 sales had come in “slightly below” City expectations, although profits had matched broker forecasts.

Overall, I get the impression PEN’s rapid progress paused for breath during 2014. However, I’m  hoping the expansion can resume this year on the back of further contract announcements.

The boss has £9m riding on the share price…

The prime mover at PEN is Christopher Powell. He acquired the firm with the help of venture-capital money during the early 1990s and has led the business as executive chairman ever since.

I can’t fault Mr Powell for his long-term commitment to PEN. What’s more, I do like how his family’s 39% shareholding — current value £9m — has not been touched for at least the last ten years.

But there is no getting away from the fact that PEN was not the greatest of performers between 2000 and 2009 — a period in which the dividend was scrapped twice. Mr Powell’s longer-term achievements are therefore somewhat mixed.

…and his wife has agreed to double his pay!

Something else to consider with Mr Powell is the appointment of his wife as PEN’s sole non-executive!

In fact, Mr and Mrs Powell are the only members of PEN’s remuneration committee, so perhaps it’s not a surprise to see Mr Powell’s total annual salary, fees, bonus and benefits double since his wife joined the board in 2010!

That said, PEN’s profits have doubled in the same time, plus Mr Powell’s salary and fees had been held steady for at least the previous ten years. So I guess there was some justification for the pay hike.

I’m therefore hopeful the Powells will concentrate more on their (and my!) future dividend income than their future remuneration meetings!

Is there a trade sale on the horizon?

Mr Powell is now in his late 60s and I do wonder if he is looking towards a sale of the business and retirement.

You see, the issue of 1.4 million B shares to chief executive Christopher Snook suggests a deal might be afoot in the not-so-distant future.

By my reading of the statement, Mr Snook would only be able to sell these B shares if the ordinary share price topped 100p and the business had agreed to an offer.

Mr Snook has been PEN’s chief executive since 2005 and thus displays welcome loyalty to the business. Alongside his B shares, Mr Snook owns a 6%/£1.3m ordinary shareholding (created mostly from the conversion of options) and his take-home pay has also doubled in the last few years.

For the record, the third executive is Philip Walker, a recently recruited finance director, and the potential dilution from granted options is an acceptable 2.7%.

A strong balance sheet that has just become stronger

The main feature of PEN’s accounts is the balance sheet. At the last count, cash and investments were £1.8m, freeholds were £1.3m, borrowings were zero, finance lease obligations were just £44,000 and there were no pension liabilities.

Plus… last week’s trading update confirmed a £645,000 tax refund as well as a £1.1m revaluation uplift to the group’s freeholds. Therefore the value of both the net cash and the freeholds could now come close to £2.5m (9p per share) each.

I’m encouraged PEN’s balance sheet, even with all the cash and property, is now producing a decent operating return for investors. During 2013, shareholders’ funds averaged £5.7m on which post-tax profits of £1.7m were generated. The return on average shareholder equity was therefore an attractive 30%.

Low margins do not indicate a ‘moat’

I must admit, margins are not great here. They topped 10% during the ‘boom’ years of 2012 and 2013, but have been mostly single digits in the past. As such, I sense PEN does not boast an incredible competitive niche and perhaps suffers somewhat from the likes of BAE negotiating hard on price.

Indeed, contracts with large clients can be troublesome for smaller companies — especially when a powerful customer delays payment — so I am pleased PEN has not shown mega cash flow problems in the last few years:

True, there were significant and adverse working-capital movements in 2012 and 2013. But I can live with them given:

I’m also happy that cash expenditure on fixed assets is covered generally by the depreciation and amortisation charged against earnings.

The staff have been working harder, too

I think it’s very useful to study PEN’s employee numbers and costs to underline how the group has improved its efficiency over time. Since 2000, sales per employee have more than tripled while the cost per employee has only doubled:

My sums indicate a possible P/E of 10

I’ve had to use a bit of guesswork on net cash and tax here, but I reckon PEN’s shares at 88p could be valued at 10 times earnings.

With net cash, I’m assuming the aforementioned £645,000 tax refund has indeed boosted net cash and investments to around £2.5m.

With tax, I’m guessing the same tax refund can reduce the underlying tax charge to about 8%.

September’s interim results confirmed operating profits for the twelve months to June 2014 were £2.3m, which taxed at my 8% gives earnings of £2.1m or 8.0p per share.

Then divide that £20.8m by my £2.1m earnings estimate and I arrive at a P/E of 10. That multiple does not look expensive when you remember operating profits quadrupled between 2010 and 2013.

The trailing dividend is 2.7p per share and supports a 3.1% income.

The greatest risk to my PEN investment is the group’s dependence on a handful of large contracts.

The table below summarises how PEN’s recent sales expansion has been supported heavily by ‘Customer 4’ and ‘Customer 5’:

(* = less than 10%. I can’t be sure, but I believe Customer 1 or 2 to be AgustaWestland, Customer 3 to be the Canadian Department of National Defence and Customer 5 to be BAE Systems Australia.)

The top-line concentration could mean PEN’s recent progress may not be sustainable for the long term.

Indeed, should any of these large clients decide to find their flying-control equipment or parachute simulators elsewhere, PEN could be in trouble. And the last thing I want is for the business to quickly fall back into its humdrum ways of 2000-2009.

In particular, the aforementioned BAE Systems Australia deal lasts for at least five years, while the Canadian Department of National Defence has recently renewed its PEN software deal for up to another five years (at a price 31% greater than before!). So there is at least some hope of reliable profits.

The share is now a 14-bagger at 88p, and may still be worth buying…

However, I believe there’s still a good opportunity for respectable long-term gains… assuming the business momentum post-2010 can be sustained.

True, PEN’s standstill 2014 has given the stock market some doubts. But I’m reassured how the seasoned chairman continues to be optimistic of “significant opportunities’ ahead. Furthermore, the latest contract wins, the healthy cash position and the greater efficiency of staff all suggest PEN is on its firmest footing yet as a quoted company.

Nevertheless, this share could still let me down. Those large clients and their contracts could easily become less forthcoming, and PEN’s record since the flotation might suggest its recent expansion is just a flash in the pan.

And I suppose the boss and his wife may spend too much time awarding themselves higher salaries — at the expense of outside shareholders.

But all things considered, I’m happy to hold on to my current 5% portfolio allocation — with the potential rewards outweighing the possible risks I feel at 88p.